After School’s Uee announced that she will be leaving her group after 8 years in the group. 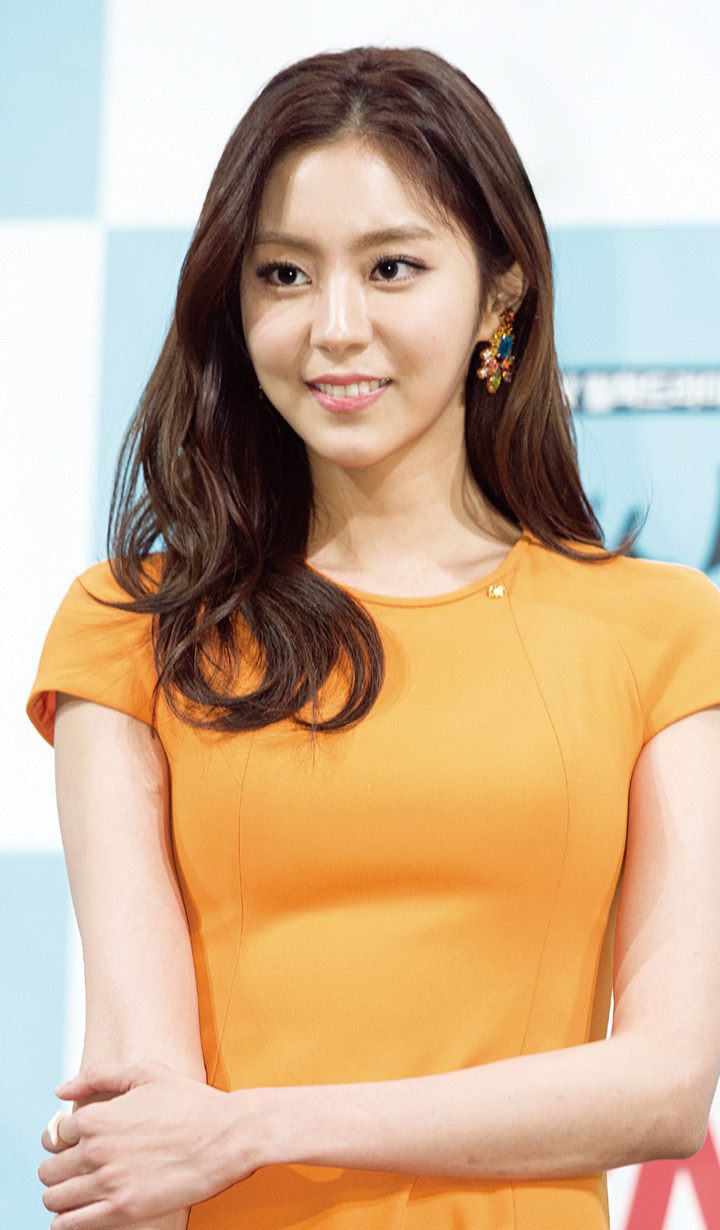 Uee wrote a handwritten letter to express her feeling regarding her departure from After School.

“Hello ~ This is Uee! ❤ It’s hard for me to write anything now that I’m actually writing this letter. ~~ It feels like I debuted as the new member of After School yesterday but it’s been 8 years already!!

During those years, our members went from being high schoolers, to college students to even me changing my job to an actress… haha ^^;;

With the graduation system in After School, I always felt that for me it was a far away thing. But suddenly it’s already my turn!! Time goes by so fast!

Also, I would like to say thank you to our agency’s director for taking care of me since my pre-debut days.

Thank you to everyone at PLEDIS that helped me and thank you and sorry to all my After School members.

I will become someone who is proud anywhere I go as a graduate of After School!!

Thank you to my fans! I love you guys!” 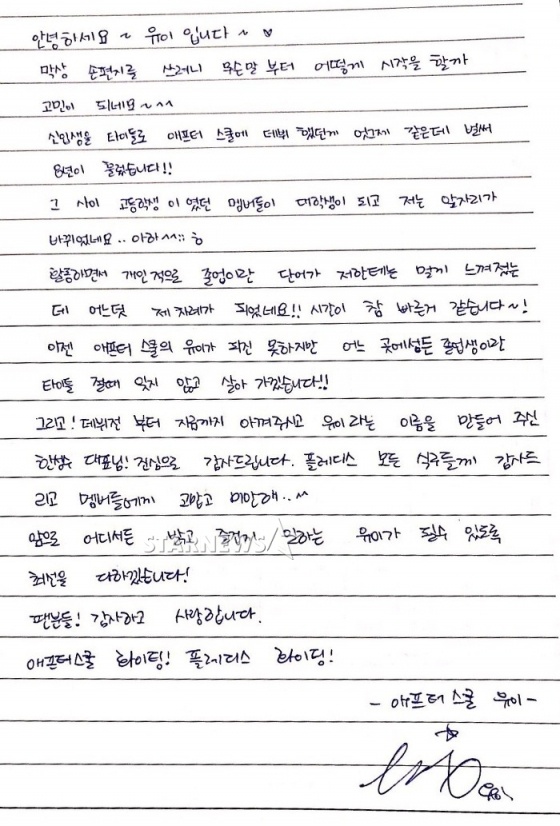 Uee debuted with After School in 2009 with the song “Diva.” 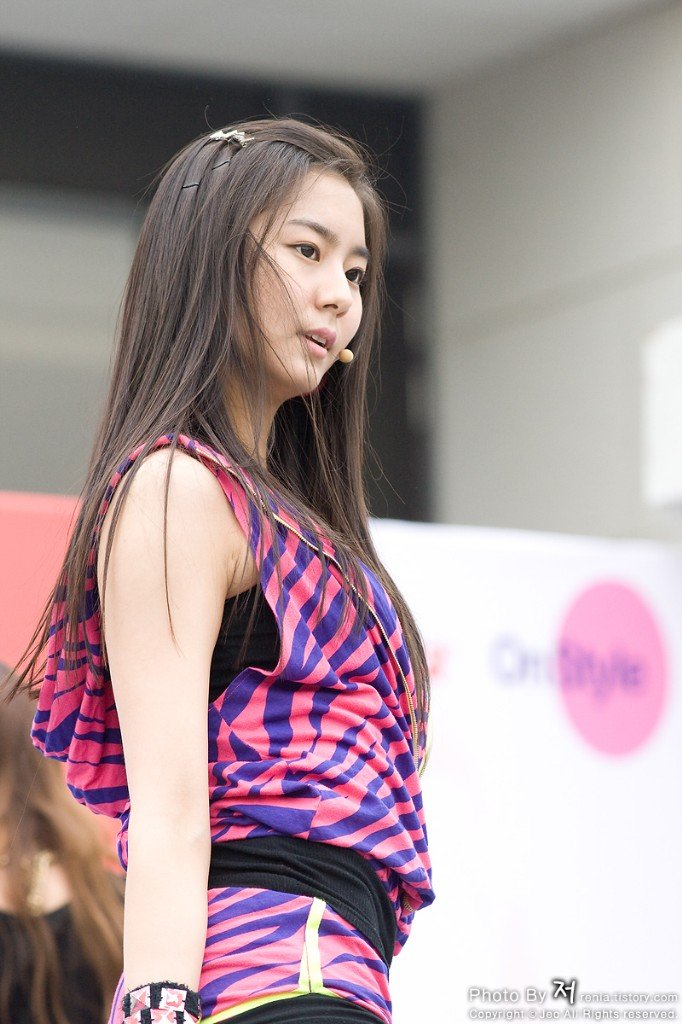 Uee will continue her activities as an actress! 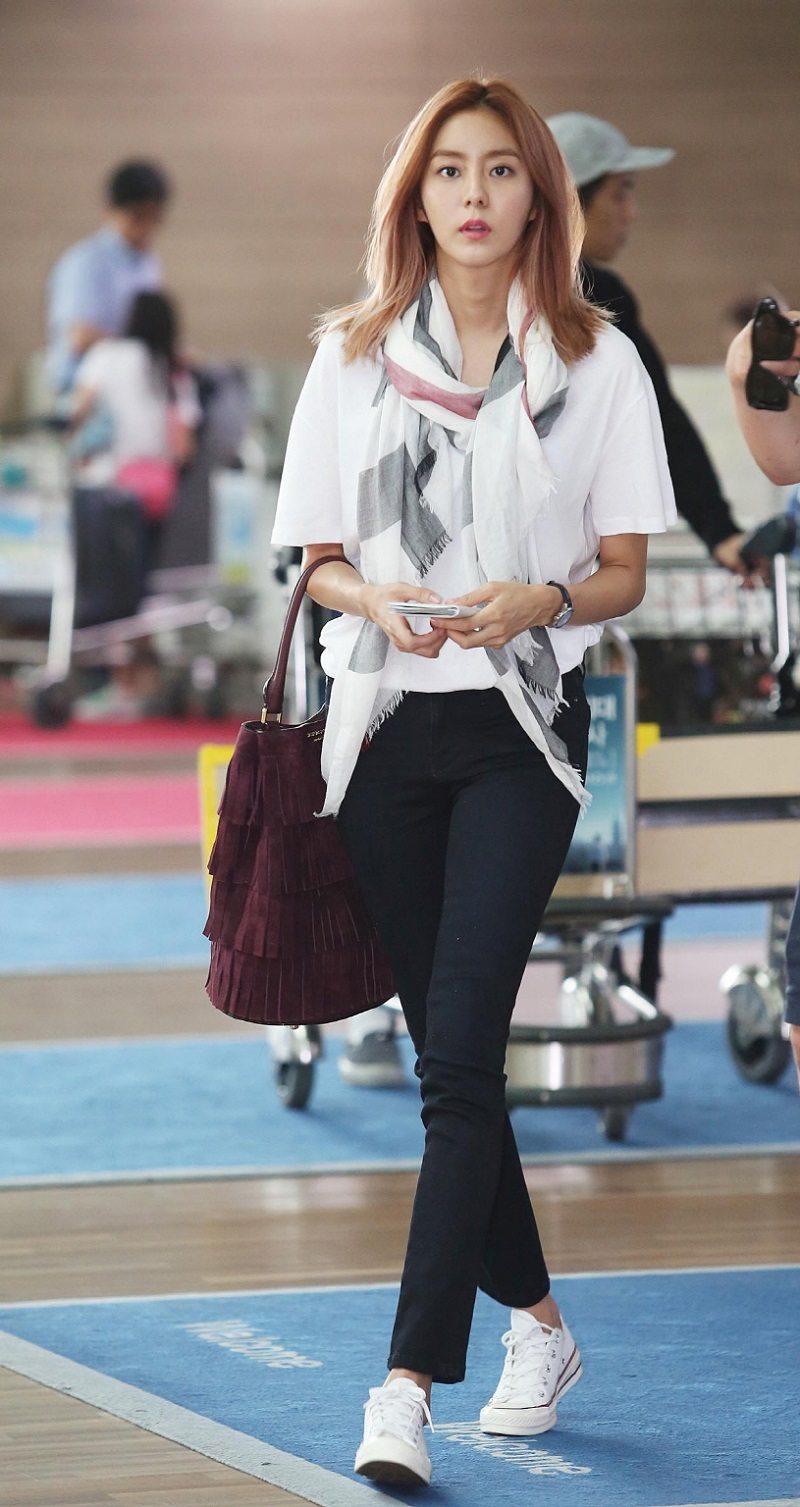