Kyungri recently explained that men who’re interested in her never ask her out on dates.

On a recent episode of Happy Together titled, “Female actresses vs. Female Singers,” several female celebrity guests disclosed their juicy secrets. One of the guests included Nine Muses‘ Kyungri, who revealed some interesting facts about her love life. 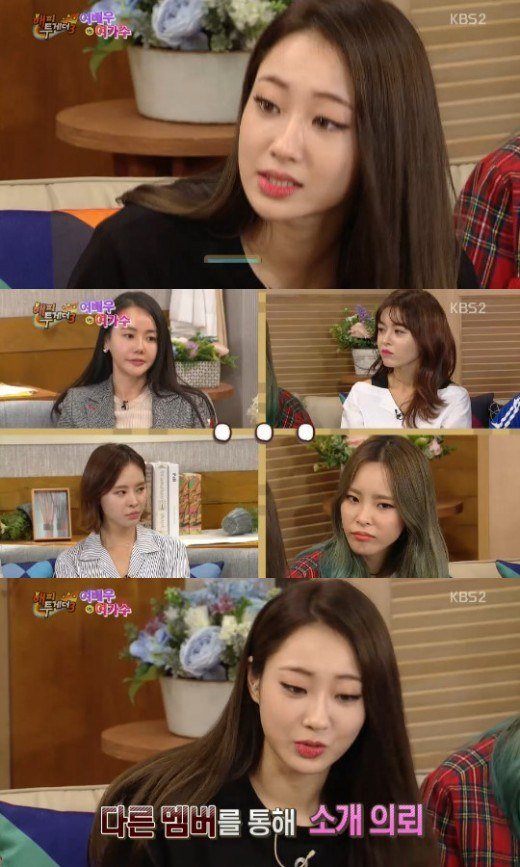 During the show, it was mentioned that Kyungri is quite popular among male celebrities. However, she revealed that men who like her never approach her and tell her directly. Instead, they find a way to approach her tell her friends and ask for an introduction.

She then shared an instance where a male celebrity asked her fellow group member to introduce him to her. Kyungri didn’t feel comfortable, so she rejected the offer. The male celebrity then reacted negatively to the rejection and revealed his arrogant personality.

As if that wasn’t juicy enough, Kyungri went on to say that the male celebrity she turned down was recently involved in a big scandal! Although she did not reveal his name, she admitted that the scandal was quite recent.

Who do you think it could be?