A fried chicken restaurant residing in Seoul, South Korea is facing legal trouble and is being ordered to pay a fine to luxury brand Louis Vuitton.

On April 18th, a district court ordered restaurant “LOUIS VUITON DAK” 14.5 million won ($12,750) after failing to follow a court order that banned him from using the Louis Vuitton name. The restaurant owner attempted a play on word for ‘whole chicken’ (tongdak) in Korean.

The branding for the restaurant went even further as he branded its logo after the luxury brand, printing it on napkins and wrappers, with even its carry out boxes having similar imprints to the popular hand bags.

Louis Vuitton originally asked the district court to ban the restaurant owner from using its name in September 2015 of which the court agreed to in October, additionally adding that the owner pay 500,000 won per day every day he did not follow the order. 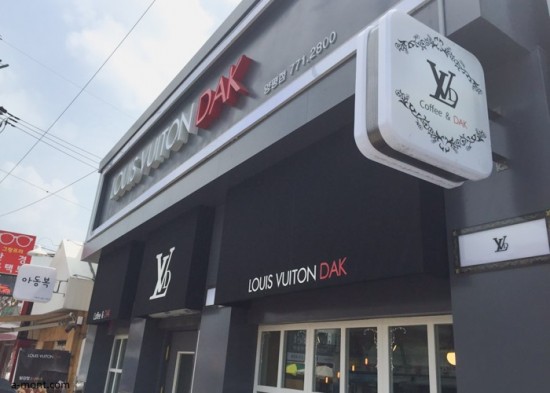 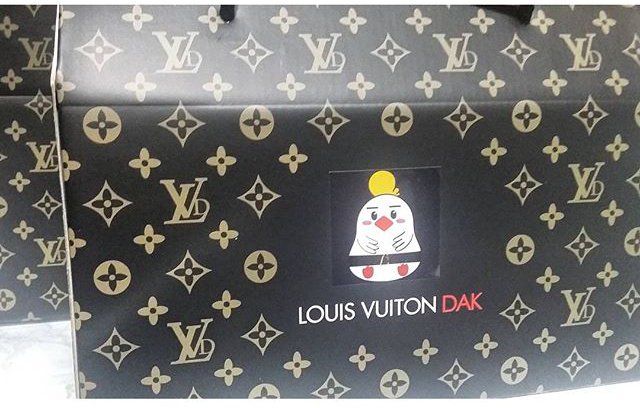