Just five years into Twitterdom, BTS has reached the milestone of 10 million followers!

And to make it even better, BTS is the first K-pop group to reach the 10 million mark!

BTS beat out G-Dragon, who formerly held the most Twitter followers among K-Pop idols.

Twitter Korea celebrated the feat by creating a special emoji in the shape of BTS’s fans’ ARMY sign, which perfectly fit the hashtag, “#LoveBTS10M”.

Twitter Korea even visited Big Hit Entertainment to award them with a memorial tablet to commemorate it. 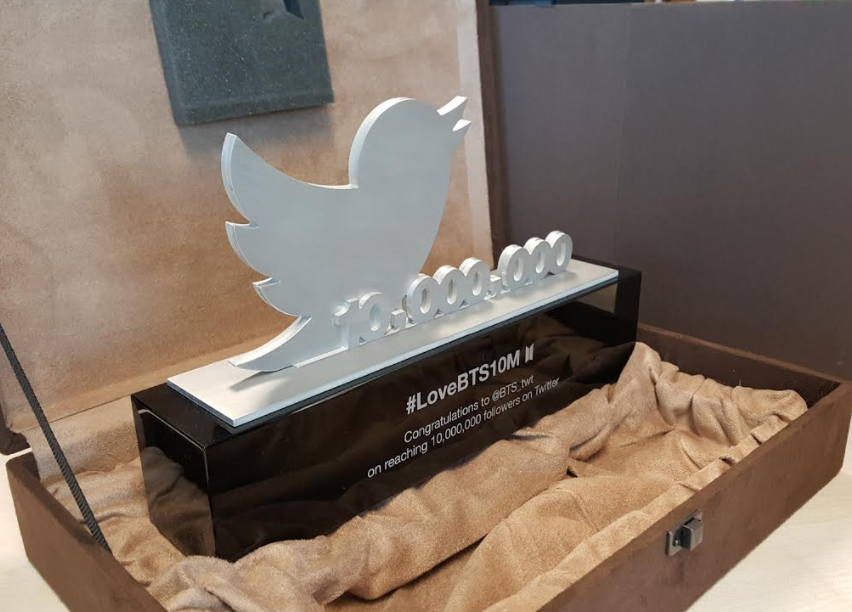 Individual members of BTS tweeted gifs of their reactions as a thank you to the fans who made it all possible.

Jin did his signature kissing face.

J-Hope did a cute heart dance.

Suga signaled “I love you”.

Jimin made a surprise appearance.

V killed with his aegyo.

And Jungkook was just his signature self!

Fans are amazed how BTS is heralding in a new kind of influence for K-Pop all over the world!

The Fake K-Pop Girl Groups That Fooled The Entire Internet