On a recent broadcast of tvN‘s “Life Bar“, DIA’s Jung Chaeyeon and Cosmic Girls‘ Cheng Xiao both showed their official identification cards and both of them surprised everyone with their photos.

On March 2nd’s broadcast of “Life Bar“, the two girls came on the show to talk about themselves and their come up in the industry with the hosts of the show.

Cheng Xiao was the first one to present her identification card to the show MC’s. 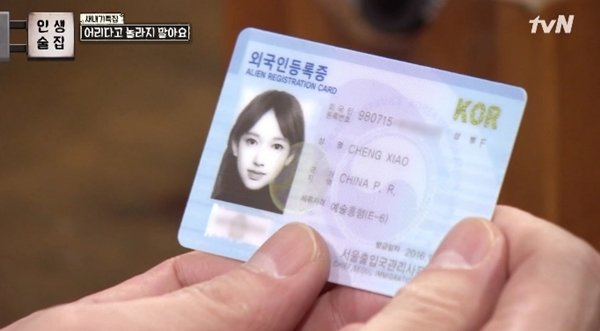 Everyone was surprised to see an Alien Registration Card because everyone was used to seeing Korean identification cards. Since, Sungso is a legal, foreign resident – she was given this type of card.

The focus on the Alien Registration Card was shortlived because everyone on the show later focused entirely on how beautiful Cheng Xiao looked even on her ID. Cheng Xiao was flustered but smiled a lot due to the compliments.

Despite the black and white photograph, it amazed everyone because she held a sophisticated look like a doll. 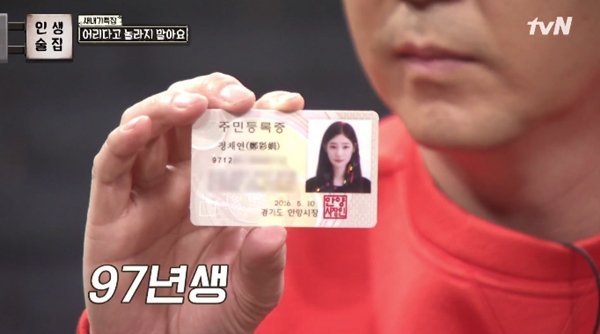 Jung Chaeyeon also showed off her visuals with her identification card but it was a different kind of aura than Cheng Xiao. In the photo, she is seen with a smile with beautiful, long black hair. It showed her in a clean light and it felt very innocent compared to her usual self.

Watch the clip where the two show their Identification Cards, below.