BTS members are known among fans for their funny and sometimes outrageous personalities but member V‘s strange fashion choice has fans obsessed on a whole new level.

At the band’s recent appearance on KBS‘s Music Bank, member V appeared wearing a leopard print fur coat teamed with a bright red beret and large sunglasses to the amusement of his fellow band members and fans. V continued the gag as he posed for the cameras before breaking into a dance routine from the popular meme “PPAP” which has become a viral trend in Korea as many idols including TWICE‘s Tzuyu and Chaeyoung and F(x)‘s Victoria have created their own version of the popular video.

V’s look has since gone viral and fans have dubbed his hilarious look as the “Auntie” outfit creating fan art and memes of their own of V latest look.

Check out V’s hilarious outfit below. 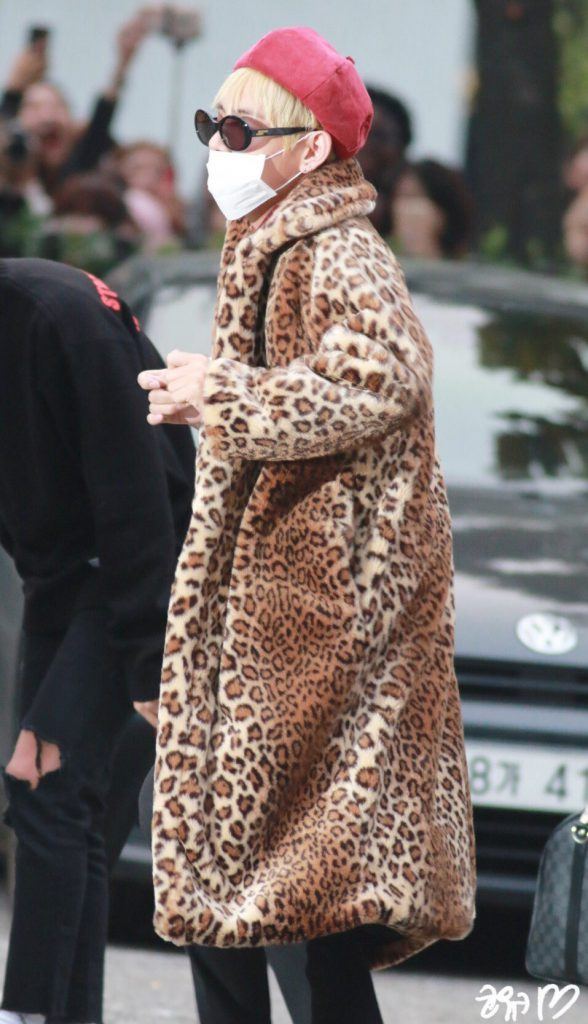 I can’t believe V actually wore this in public! 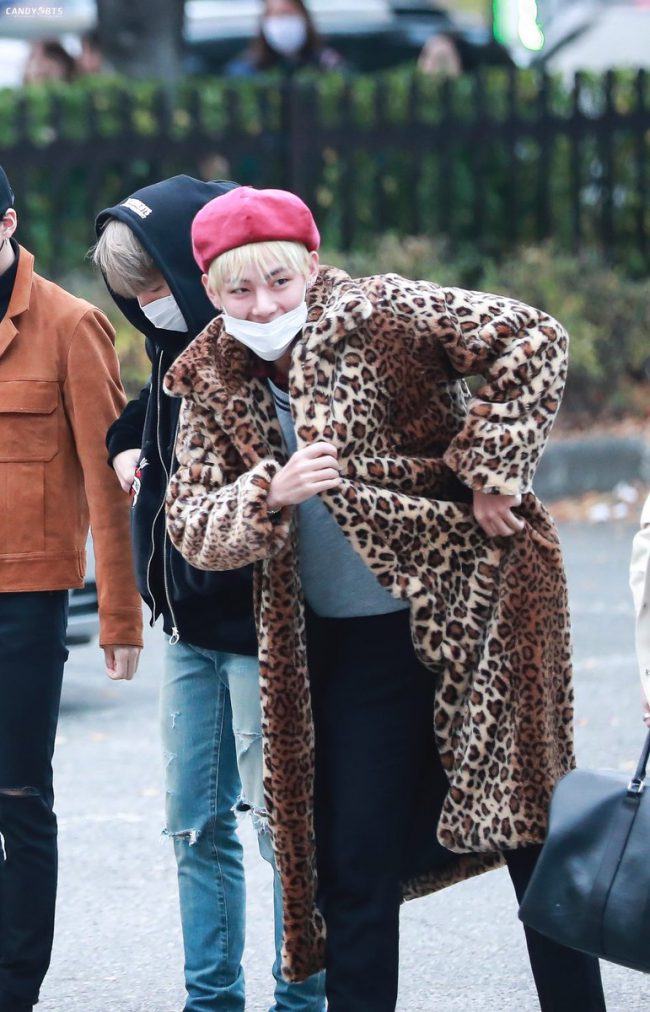 The other members look like they had no idea. 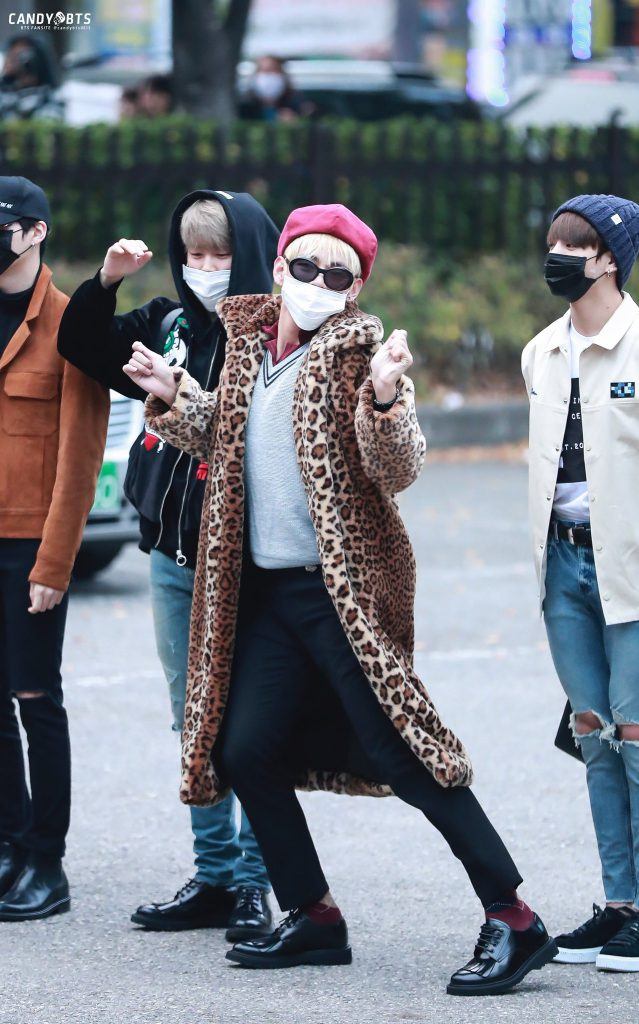 “PPAP” is taking over right now. 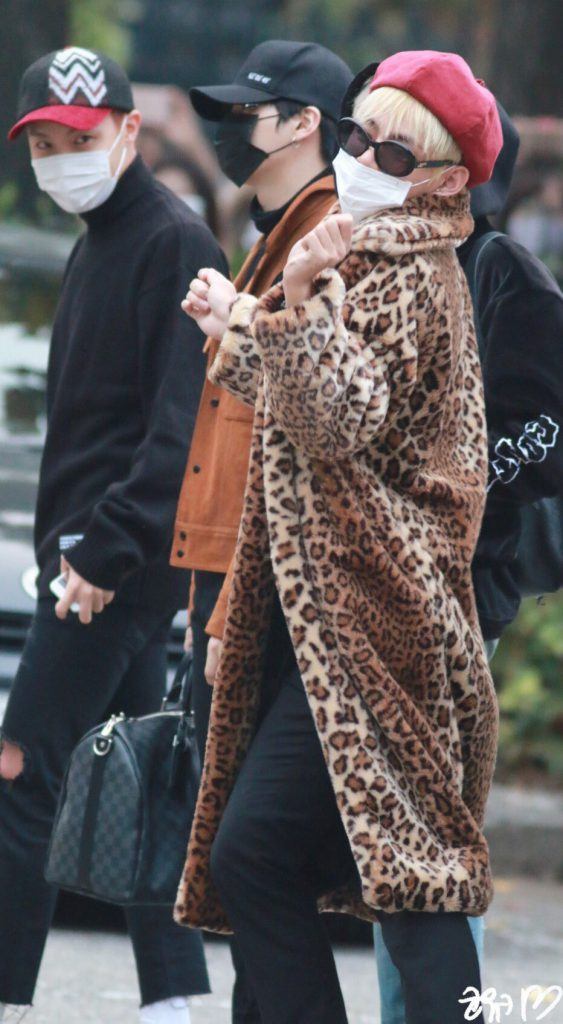 V looks like he is enjoying his new look. 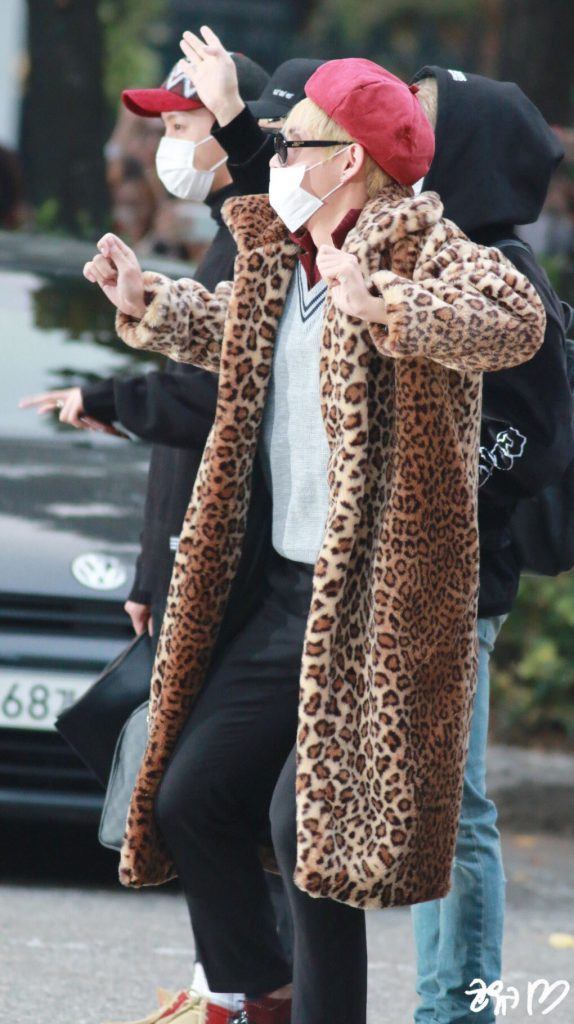 No wonder fans are loving this silly look from V.