AOA‘s Yuna recently uploaded a post describing her daily work-out routine on Angels Note, a website that provides news, exclusive photos, and hand-written letters by the AOA members themselves.

Yuna revealed that one of her favorite ways to work-out was through pilates, even though she’s relatively new to it. She explained that while she doesn’t actually exercise much, she decided to give pilates a try because an academy teaching it had opened up nearby. She outlined the benefits of taking up pilates, noting that it has toned all her muscles from her head to her toe, and helped improve her overall fitness.

“Hello, this is AOA’s Yuna! This Angels Note post will be about something I like: pilates.
I always wanted to take up pilates from a while ago, but honestly I don’t exercise regularly. But coincidentally, a pilates academy opened up near my house so I started!
One advantage of pilates I think is it helps your posture! Also, when you’re holding a position in pilates you’re not only using one muscle, but you have to use all your muscles from your head to your toe so it tightens your hidden muscles and tones your body much better. Well I hope you enjoy how I enjoy pilates ♡”

In the post, she uploaded several photos and gifs of her holding pilates positions and teaching fans how to do them. Have a look at some of them below: 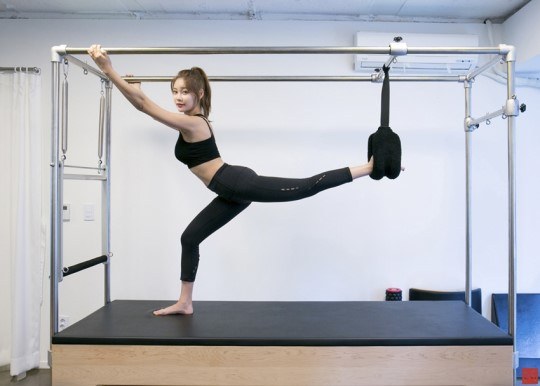 This move is said to stabilize the core and hip, as well as improving flexibility. Yuna holds her foot up by a strap, twists her body to the side and pushes her leg on the strap away from her body. 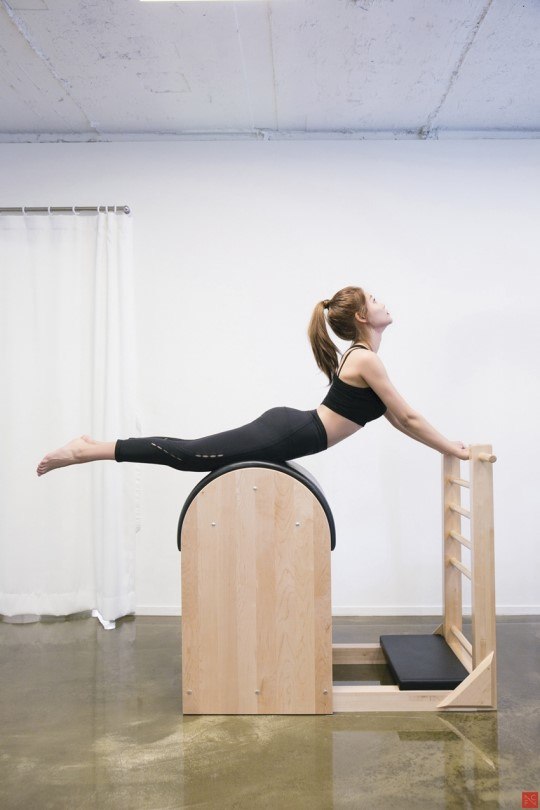 The modifoed swan is another move that helps stabilize the core, but also helps straighten the shoulders and strengthen muscles. Yuna demonstrates the move by lying on her thighs across a rounded barrel, supports herself by holding on to bars in front, and pushes her torso up while breathing out. She reminds her fans not to tighten their hips. 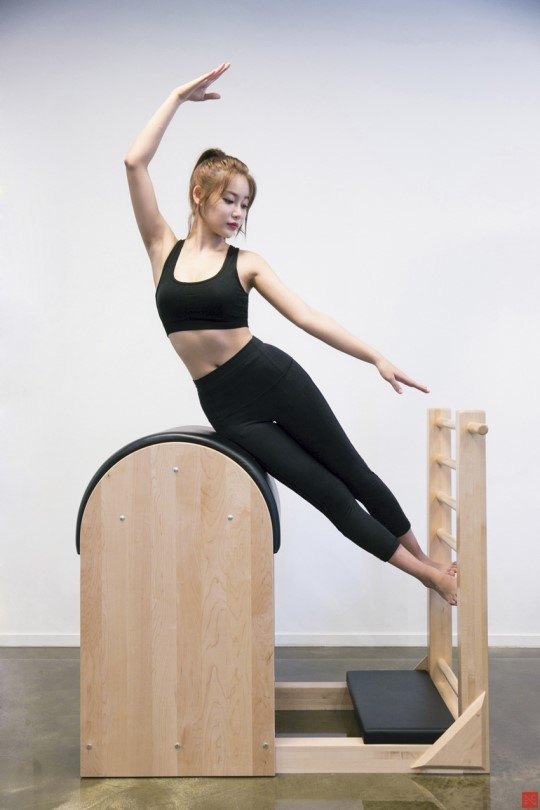 The side bend is another move that strengthens and stabilizes the core, as well as the abs and spine. Yuna uses the bottom rungs of her apparatus to position her hip against the barrel, and aligns her hips with her shoulders in line to hold position. 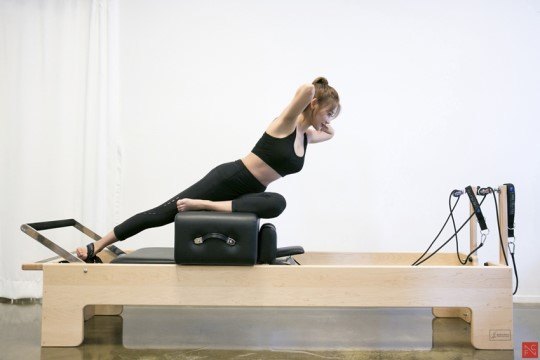 Yuna explains this move as the perfect one to do if you want a thin hour-glass figure. She sits on a small box called a “reformer” and bends one knee while stretching the other one behind her. She then explained two different moves can be carried out, where she holds her hands behind her neck and twists her torso towards the front while inhaling, then twisting her body back to look at the ground while exhaling.

The next move was an increased difficulty move, where instead of having her hands behind her neck, she stretched them in front of her and carried out the same move mentioned previously. 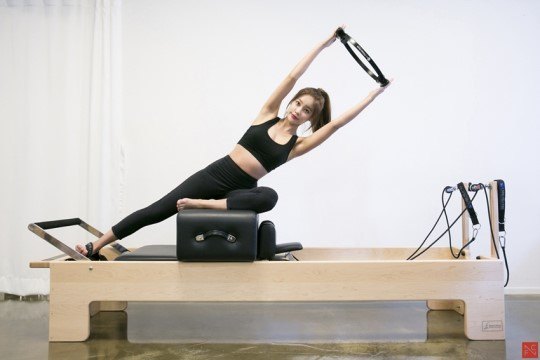 One last move was holding the stretched arm position while carrying weights to further strengthen the core.

Furthermore, she revealed that she goes to dance practice at least 5 hours a day, and that practice naturally helps keep her in shape. On top of dance practice and pilates, she explained she is on a diet 365 days a year, where she skips breakfast most of the time and often only eats salad and chicken breast when she needs to lose weight fast.

Yuna also explained she likes to keep her mental health in shape by reading, as well as making sure she drinks plenty of water to keep her body hydrated and replenished throughout the day.