Wonder Girls‘ Yubin was recently a guest on Video Star, where she wowed the crowd with her flat abs.

On the show, Yubin proudly showed off her strong abs, and even let the cast of the show touch them. They were described as “not even having a single ounce of fat.” The Wonder Girls’ member also amazed fans by revealing that she does not have to continuously work out her upper abs to keep them flat.

Previously, the music video for  Wonder Girls’ latest summer track, “Why So Lonely,” had surpassed 10 million views within a month, and is currently sitting at 17 million views! 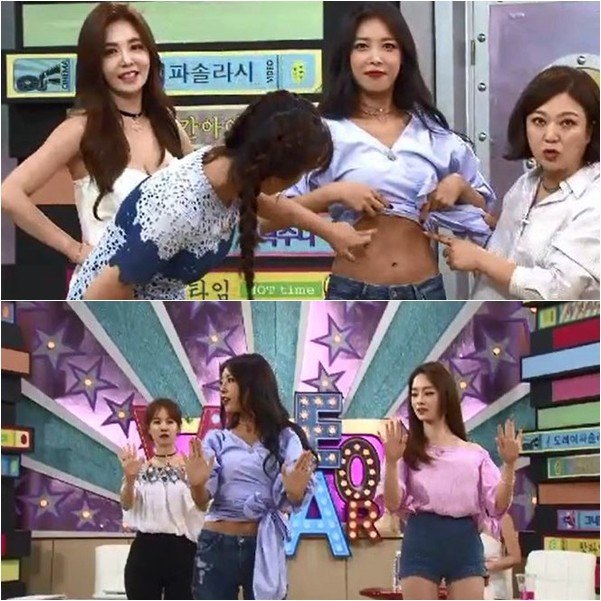