The 13-member hip-hop boy band Topp Dogg debuted almost one year ago under the direction of Cho PD and Stardom Entertainment!

Topp Dogg debuted with their title track “Say It” last year on October 25th. They had a comeback in June with their mini-album “AmadeuS” and the title track “Top Dog”. In addition, member Kidoh recently released a music video featuring other Topp Dogg member Sangdo for “Taxi on the Phone” which is a track off of Kidoh’s first solo album which was released in September.

along with a link to Cho PD’s tweet about their first anniversary accompanied by a picture of him holding a record.

Remember to congratulate the boys on a successful first year as they approach their first anniversary next week! 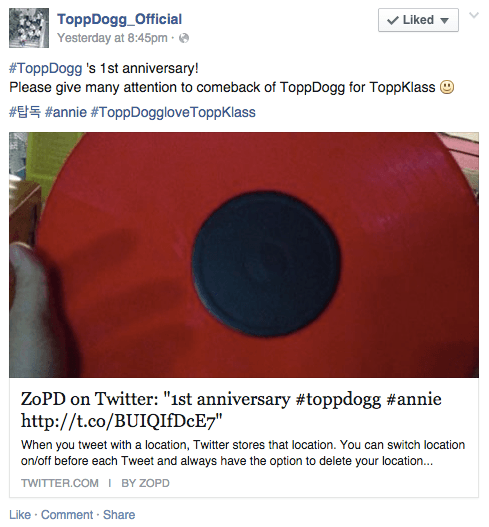