Famous producer Steve Aoki has just announced a collaboration with BTS by posting a photo with the group on Twitter.

This tweet has come after a series of snaps taken with him and the boys. 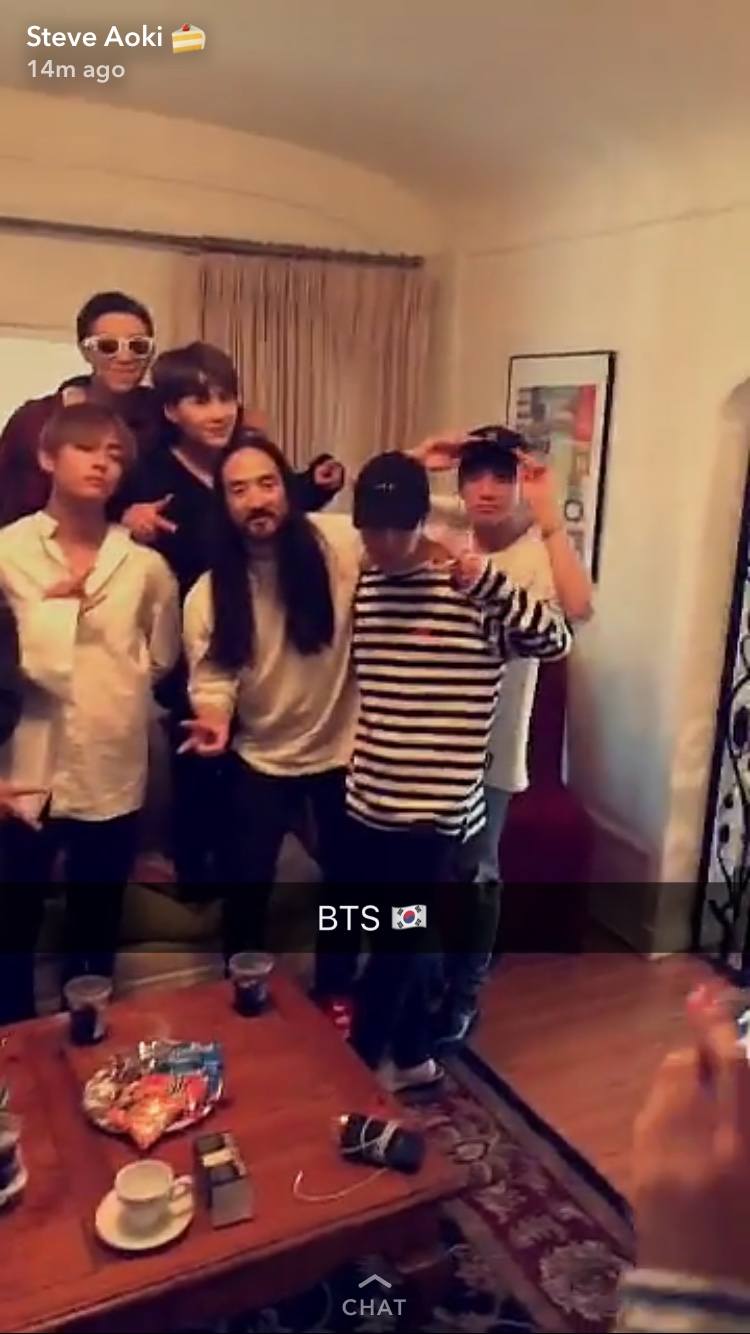 Steve even joked with the members that he is now the 8th member of BTS. 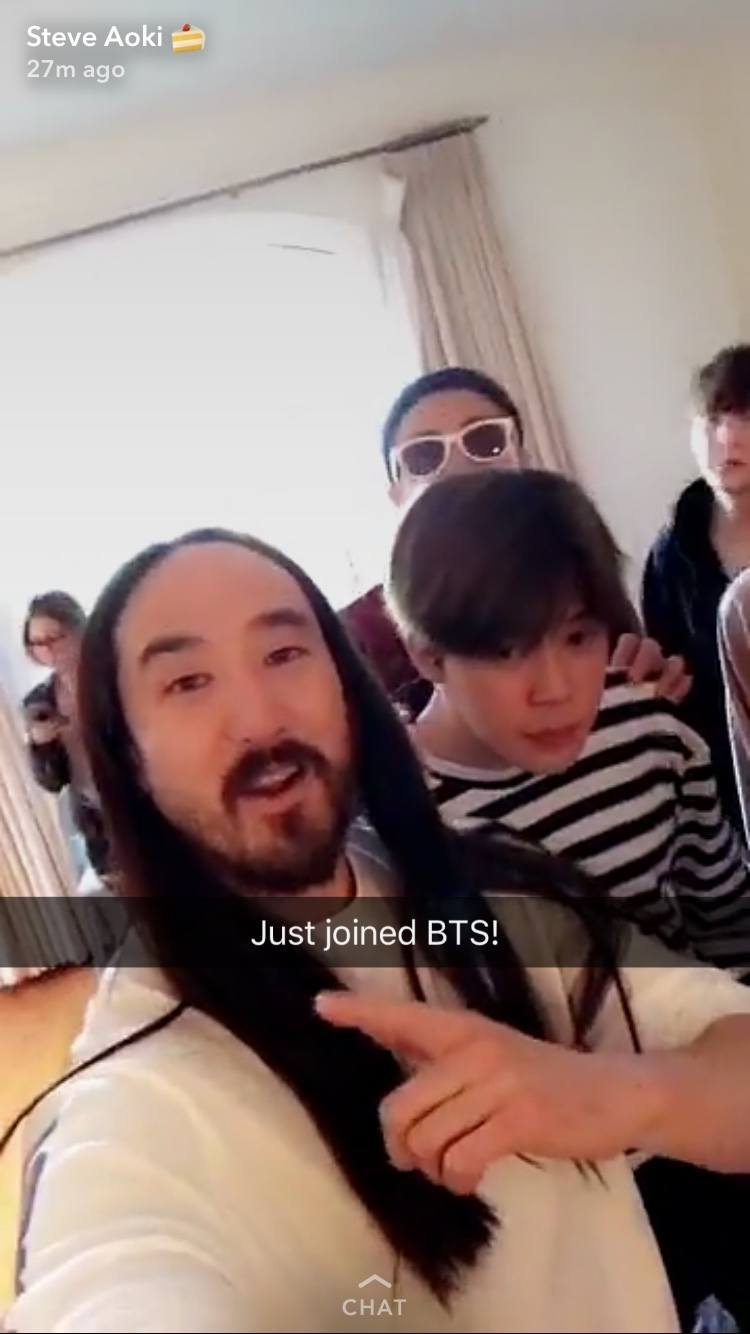 Steve Aoki is currently known for working with big names like will.I.am, Iggy Azalea and LMFAO. 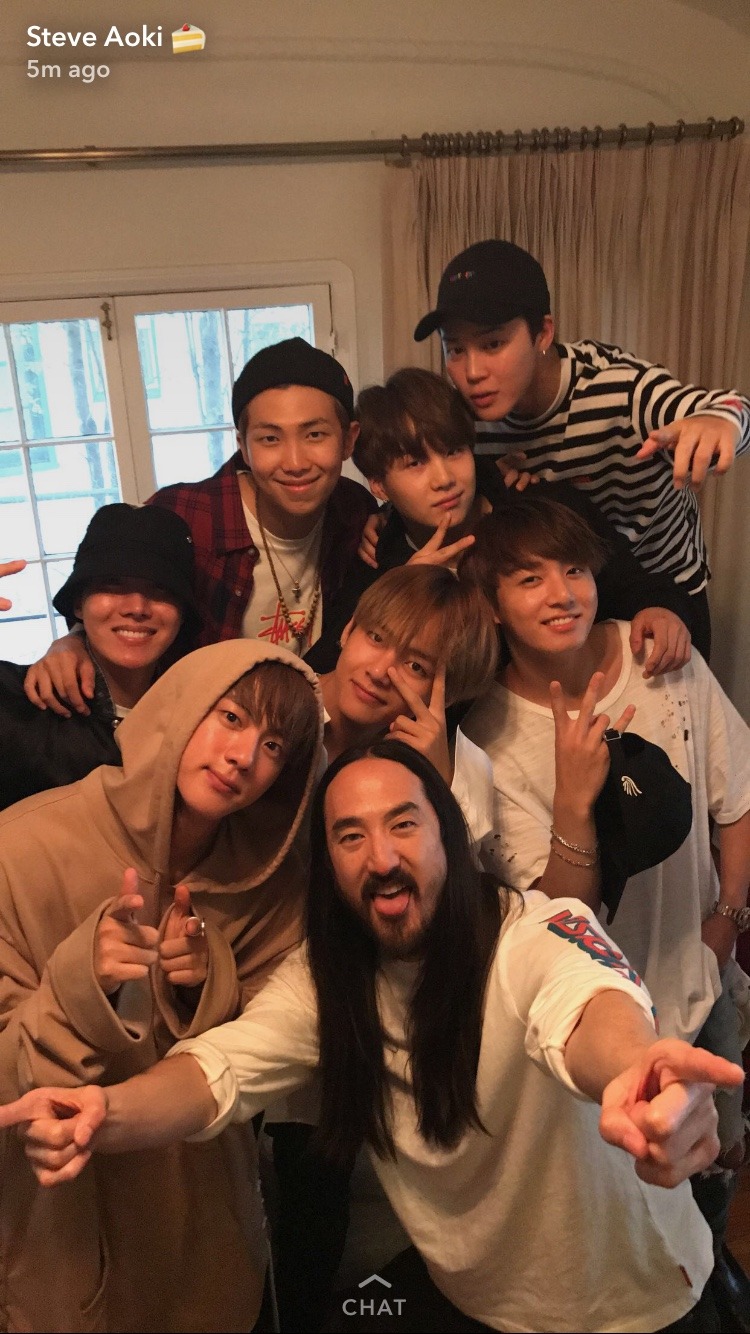