As her solo debut draws closer, a new photo of miss A‘s Suzy working on her album has leaked online.

With news that her solo debut music video and album jacket were completed last month, there has been much anticipation for the album’s release. Suzy has released solo tracks before for drama OSTs, including her own dramas, Gu Family Book and Uncontrollably Fond. Recently a photo of Suzy in the studio with legendary songwriter and producer Yoon Sang has raised anticipation for her very first solo album.

Yoon Sang has produced numerous hits and has been instrumental in the success of Woollim Entertainment girl group Lovelyz, for whom he has written several tracks. With the combination of Yoon Sang’s producing and Suzy’s angelic voice, her upcoming solo debut album is definitely something to look forward to. 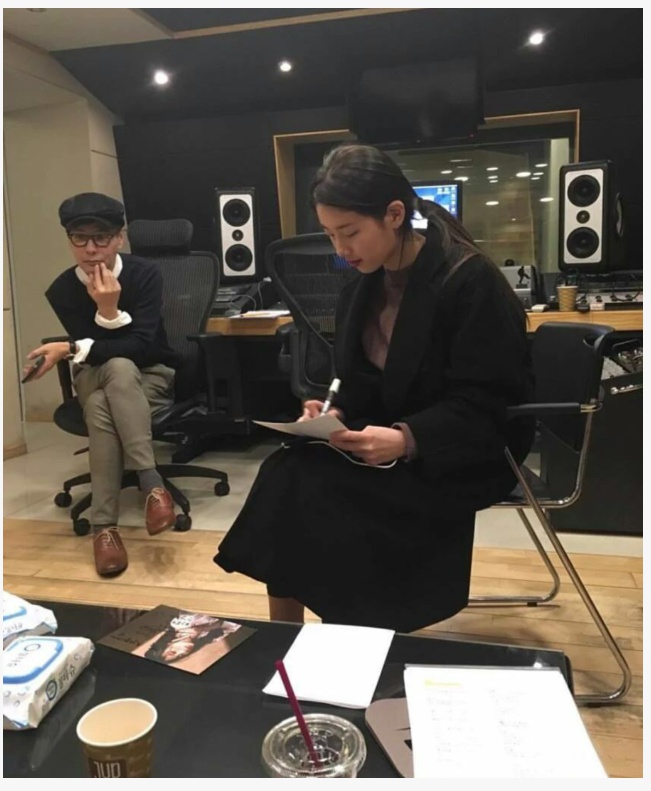