On the episode of MBC “Radio Star“, Oh My Girl‘s Yooa surprised viewers and fellow celebrities by revealing that she decided to become a singer after suffering from multiple stalkers for an extended period of time.

On the most recent episode of Radio Star, Oh My Girl’s Yooa revealed that she suffered from multiple stalkers and even kidnappers when she was attending high school.

“At least 5 days out of the week someone would stalk me. They varied from people in their twenties to people in their middle ages. Once during high school, someone tried to drag me into their car as I arrived at school and some people would whisper dirty things into my ear and run away. That’s when I decided to become a singer, I thought that if I became famous enough that everyone would recognize me that would discourage stalkers from bothering me.” 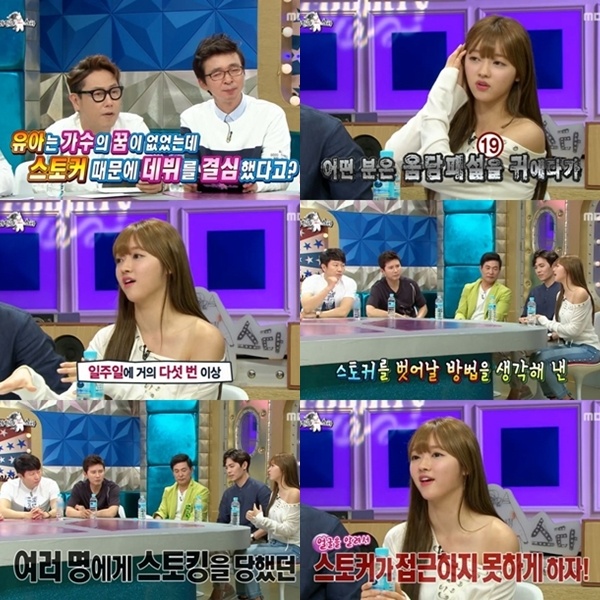 Here’s Every ASTRO Member Blessing Everyone With Their Abs