Although she’s often considered one of the top visuals in the music industry, netizens have claimed that Hyuna‘s visuals are declining.

On January 24th, the 4MINUTE member made an appearance on MBC‘s Section TV for an interview while on the set of her photoshoot with the Marvel mercenary Deadpool for HIGHCUT.

During the segment, she showed viewers the four facial expressions to use during a photoshoot: innocent, sexy, cute, and proud.

After seeing Hyuna on the broadcast, netizens couldn’t help but notice that the singer appears to have gained some weight recently with many criticizing her for having too much work done. 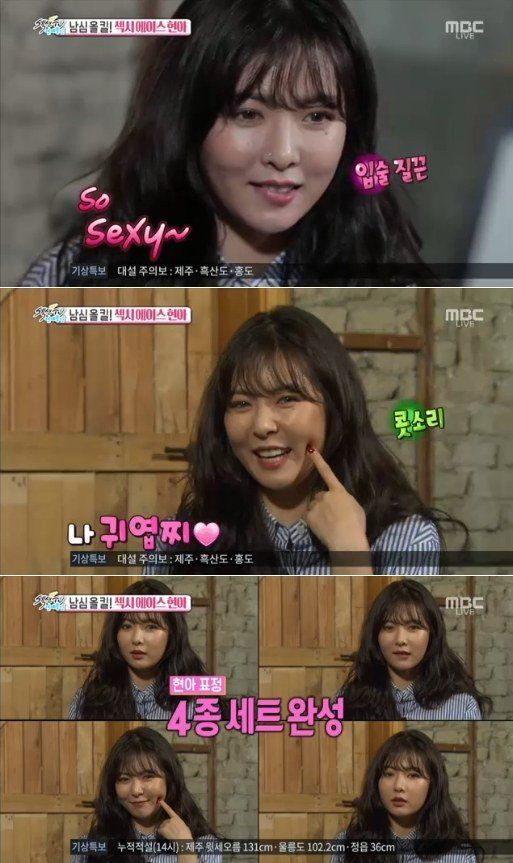 [+91, -3] That’s not her gaining weight it’s fat transplant or fillers. It would be weird for only her face to gain weight when her body is slim

12 Of the Most Iconic Hairstyles V Rocked Through The Years