After a little over three weeks, miss A’s “Only You” has exceeded 10 million views on their music video.

With the release of “Only You” on March 30th, miss A’s latest track received much love from their fans. Less than two days after release, “Only You” had achieved a perfect all-kill across all music charts. 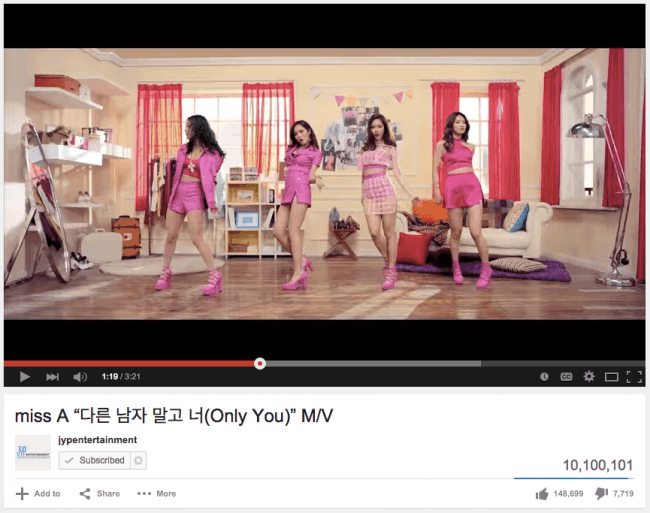