Recently, Forbes China published their annual “Celebrity List” as they rank down the richest celebrities in the country. With Luhan selected to grace the cover of this issue, it was also revealed that the singer and actor took the 37th spot with at least 28.5 million yuan, or $4,587,377 U.S dollars, after receiving profits from his endorsement and movie deals.

The two members complete the list with Fan Bing Bing as the top celebrity for this year’s ranking.

Aside from being busy with their individual projects, Kris and Luhan are still pursuing their contract termination against SM Entertainment after their mediation was rejected. 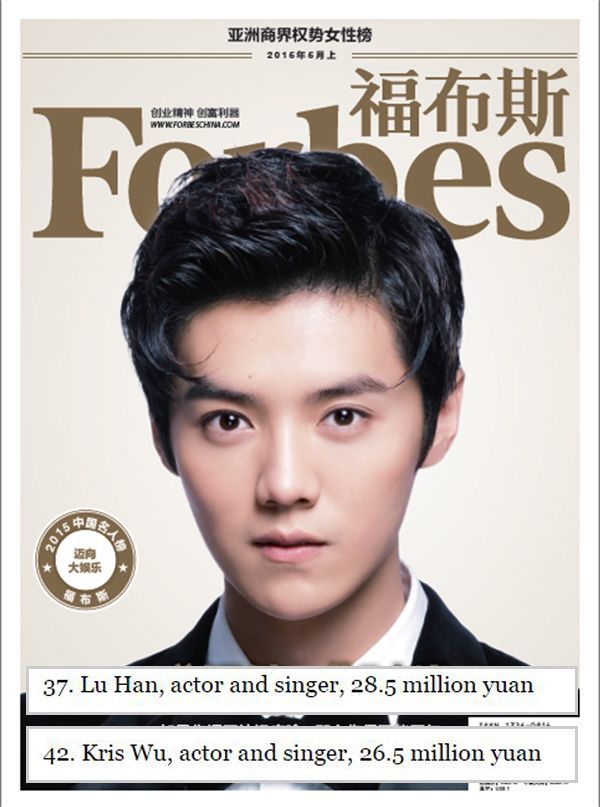 Korean Media Outlets Report On Alleged Photo Of BTS’s V And BLACKPINK’s Jennie Together, Agencies Yet To Respond