On November 10, nurses from Hallym University’s Sacred Heart Hospital alleged that they were forced to perform sexually charged dances at the company’s annual event. 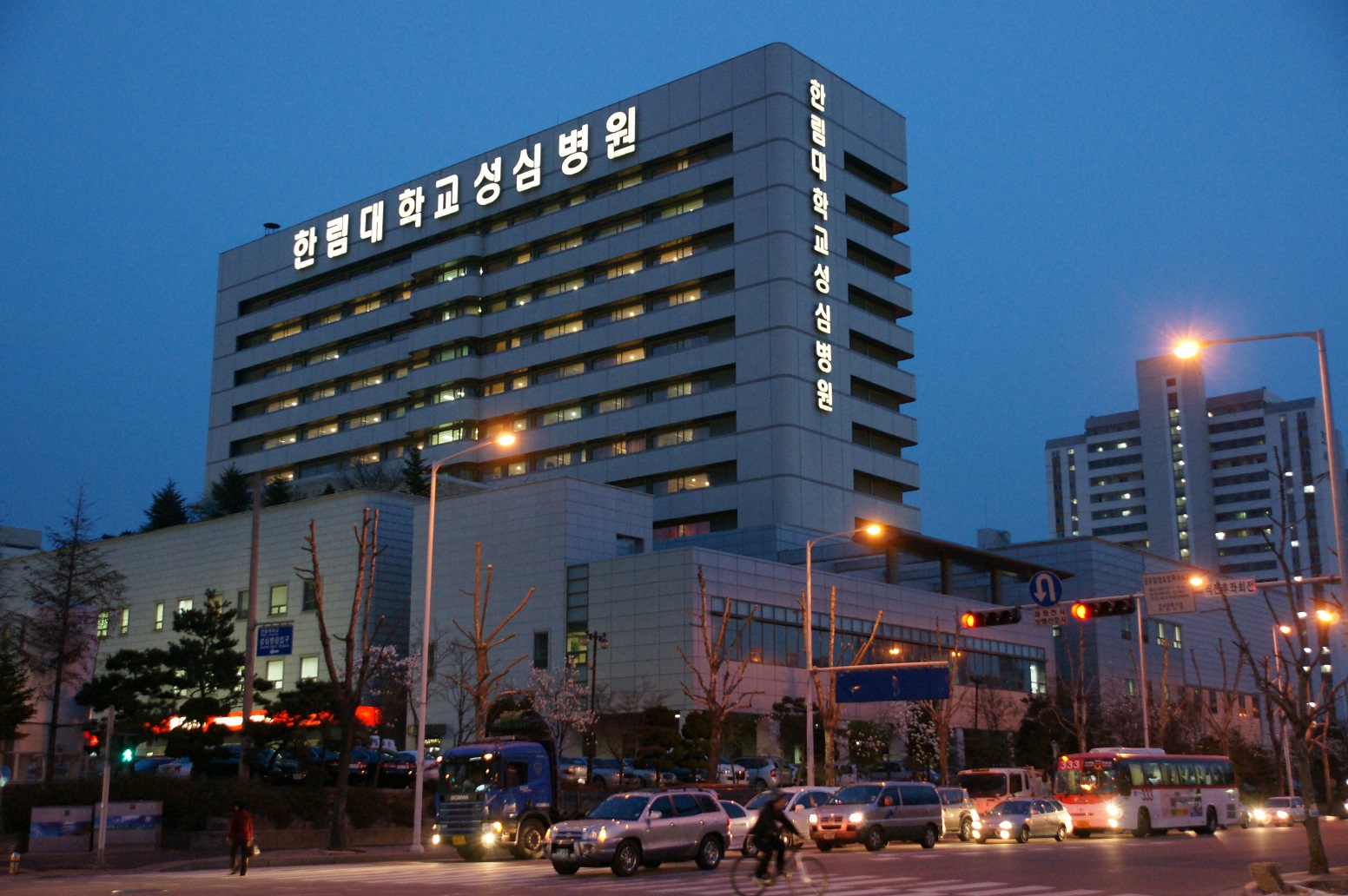 The Facebook post, written anonymously and published on the Nursing Community page, shed light on the inner workings of the hospital’s annual event.

“There is an annual event at Sacred Heart where nurses participate in not only the talent show, but also every other aspect of the event. […] For the talent show, nurses wear short skirts or pants, and sleeveless t-shirts. Most talent shows are performed by new nurses who can’t really say ‘No’.”

One mid-level nurse stated that newly recruited nurses are told how to “look and act seductive.“

“When they practice for the talent show, they learn how to ‘look and act seductive’ from their supervisors. They perform the dances in front of a long table of high-ranking company people and their associates.”

What’s worse is that when the nurses complained, they were told that the practice was normal and not to be “hysterical”.

“Some nurses felt so humiliated that they cried and complained but the superiors told them, ‘Everyone does it, don’t be hysterical.'”

On top of everything, the nurses were forced to practice until late in the night after their daily 6:30AM–4PM schedules with no extra pay. 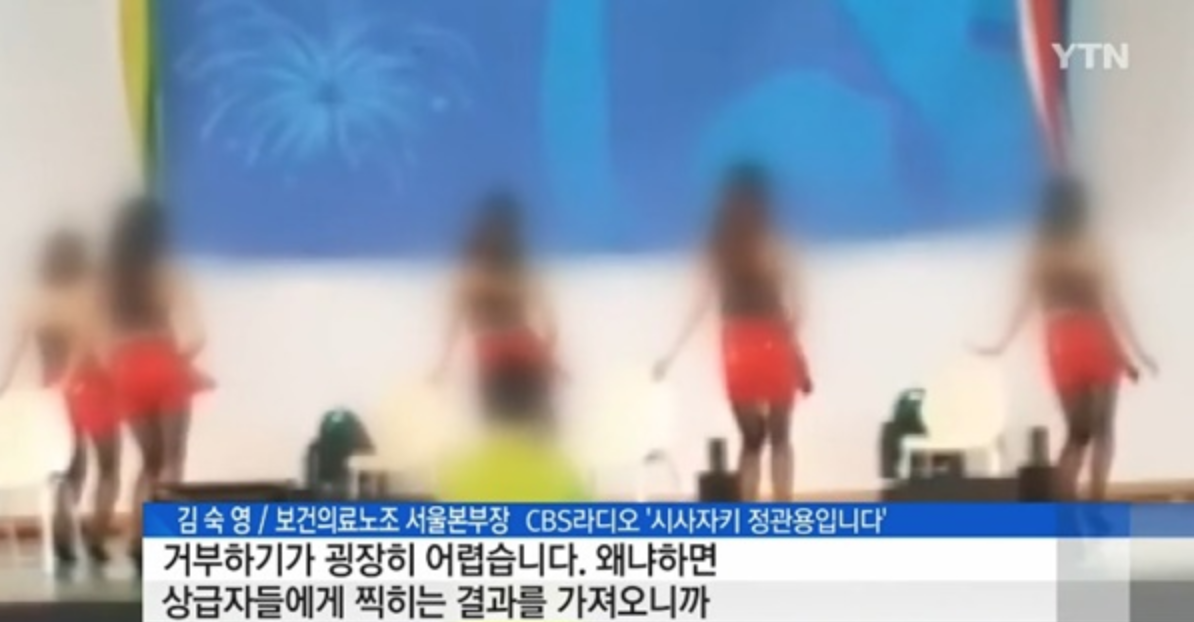 One nurse, 30 weeks into her pregnancy, was forced to sit on the asphalt floor and cheer during the performance. 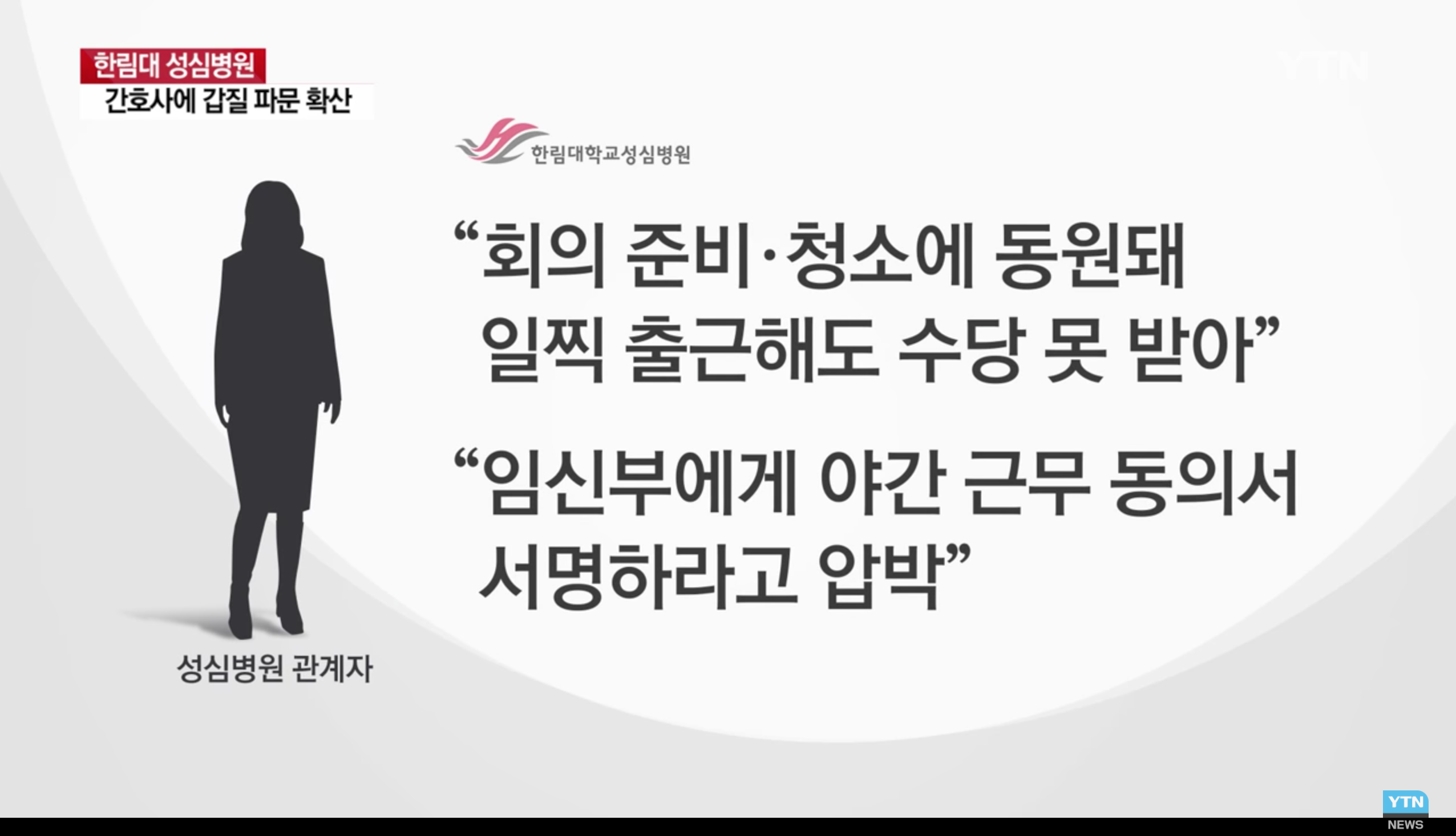 As more nurses came forward with allegations, other administrative issues were brought to light, including an alleged scheme to pull money from nurses for a donation to a political figure. 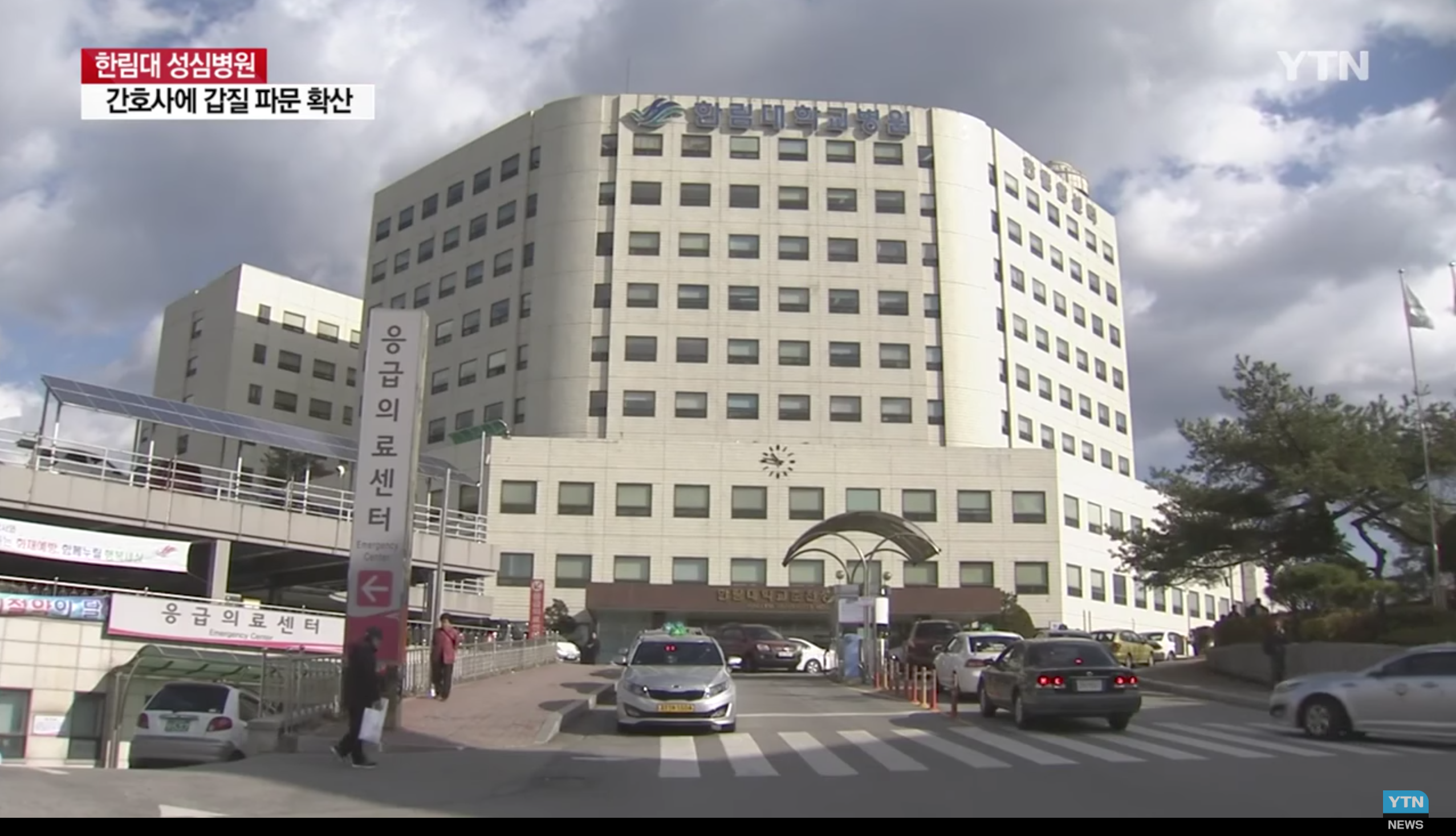 While Sacred Heart, Hallym University, and the Il-song Foundation’s position is that they “did not know“, the Korean Nurses Association has stated that the government needs to take a firm stance.

“The government needs to thoroughly investigate the hospital and penalize its behavior. In order to prevent other such cases, it also needs to come up with concrete plans that will ensure people’s rights in work places.”