Kim Woo Ri, a former stylist for T-ARA, revealed that Hwayoung had mistreated him and other stylists in this recent interview.

Kim Woo Ri began the interview by explaining that he wasn’t aware of what happened in T-ARA’s dorms, but that he knew the group’s relationship had been faltering. Woo Ri said that Hwayoung had a hard time fitting in, being the newest addition to the team, especially since the other members of T-ARA had already lived together for over 4 years.

He described Hwayoung’s attitude at the time as rude and ill-mannered, especially towards the staff, and admitted that she was often a topic of discussion among them. He also defended the rest of T-ARA, saying that they did absolutely nothing wrong, and went on to describe a particular incident that revealed Hwayoung’s true personality.

Woo Ri described how Hwayoung would often call them “shampoo” instead of using their names, based solely on the fact that they washed her hair for her. She also disrespected the older stylists by leaving out the honorific “onni” when speaking to them and never using their names or proper titles. 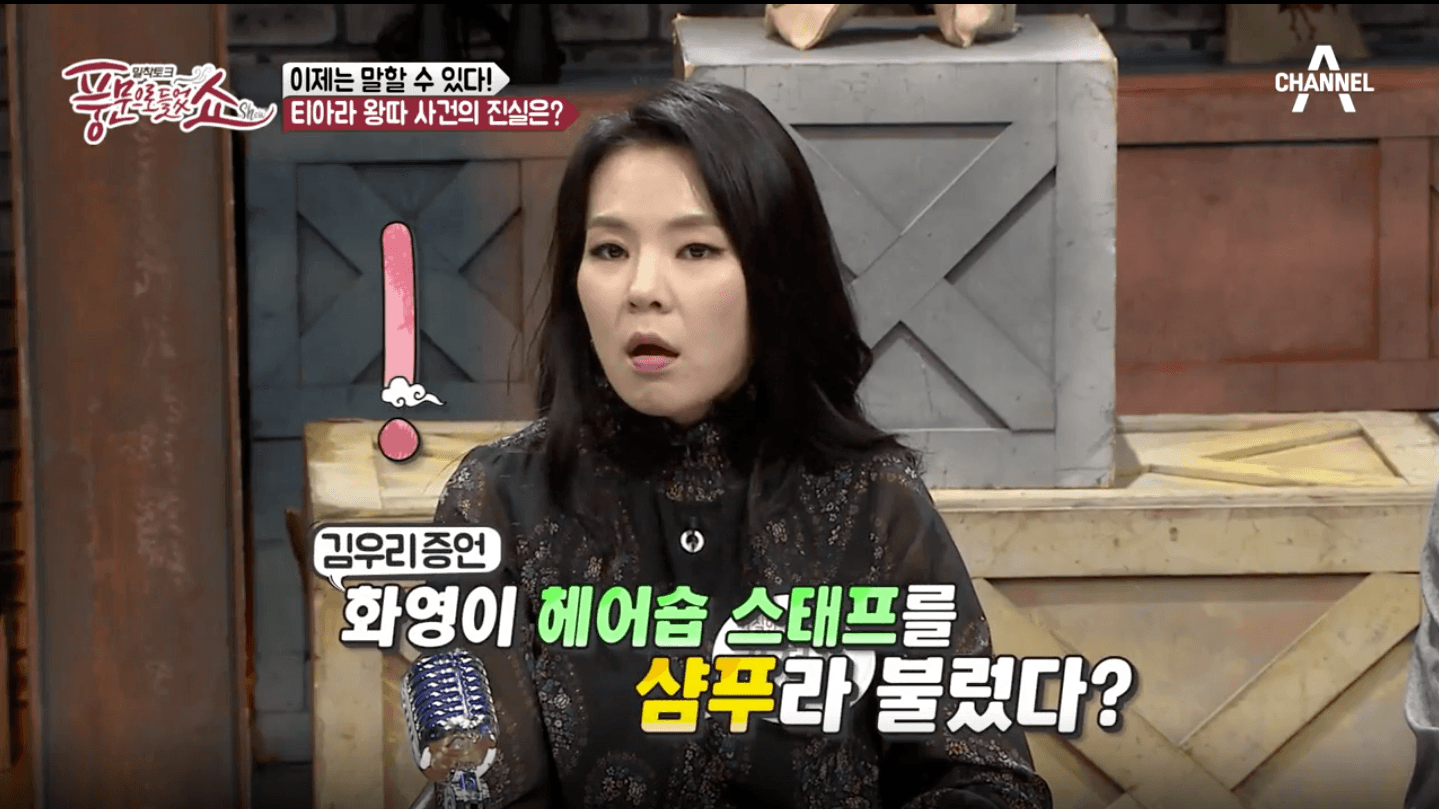 Her rude behavior and attitude became a source of stress for the stylists and, from then on, the relationship between Hwayoung and the stylists began to spoil.

Kim Woo Ri then reminded the panel that the other members of T-ARA are not speaking about Hwayoung, in order to avoid making a bigger issue out of it.

It didn’t take Hwayoung long to respond to these allegations via her Instagram in two posts.

Hwayoung’s second post featured screenshots of Kim Woo Ri with the other T-ARA members, presumably in an attempt to establish the case that Woo Ri was close with them and therefore, perhaps, more loyal to them. The photo was captioned as follows:

“#Miss Kim Woo Ri~I get it so stop making stuff up.

Because of you our agency’s staff had to go into an emergency meeting.. it’s only the morning and you’re already causing trouble…. you should have checked what actually happened before you went on TV… what are you gonna do with your sloppiness.. sigh and coming from some one who’s old enough to know better..”

Two staff workers that witnessed and went through these allegations involving Hwayoung also came forward to share their stories.

The staff workers that wanted to remain anonymous told the press that everything that was said on the show was true. Hwayoung did indeed call the workers “Shampoo” instead of their names and also talked to the staff workers in a demeaning tone and manner.