With regard to recent rumors of Sulli‘s departure from f(x), one of her fansite admins stirred up the Internet with her latest tweets.

Jinnabit, as @sulli94net is known as, claimed that Sulli was not a fan of group promotions or of f(x) altogether. Jinnabit received some criticism for her words but netizens also turned the blame towards Sulli herself.

This is not the first time Jinnabit was brought to attention for her tweets as she publicly expressed her disappointment towards Sulli publicly in this article. 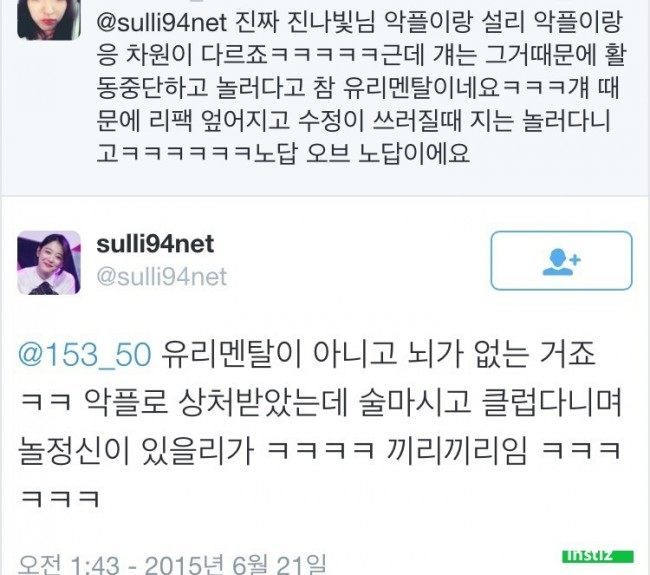 The same person continued to say that Sulli now does whatever she wants to do, but does not have a consistent presence in the industry.

Fans then questioned the quality and authenticity of the information written by Jinnabit, and suggested that she had been wrong about the pictures Sulli took with Krystal. 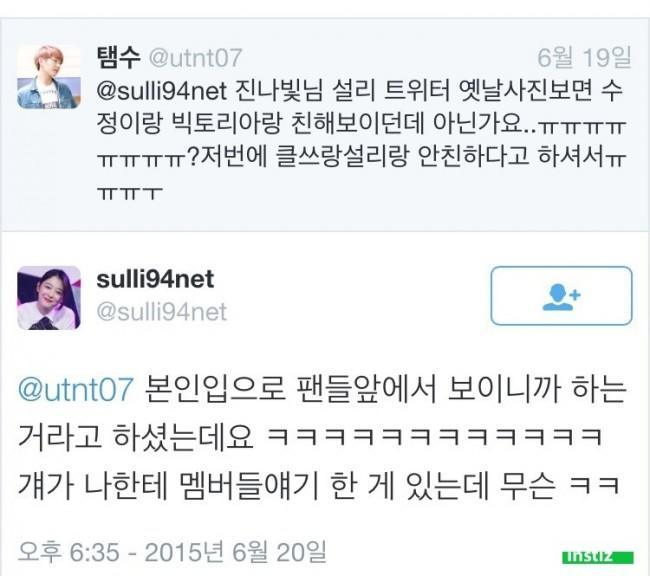 Jinnabit nim when I look at Sulli’s old twitter pictures it looks like she’s close with Victoria and Krylstal..am I wrong ㅠㅠㅠㅠㅠㅠㅠㅠㅠ? You said Sulli and Krystal aren’t close ㅠㅠㅠㅠ

About what Sulli has been doing and may plan on doing in the future, netizens expressed their unhappiness.

But she’s just going to play the victim and console herself saying everyone hates her. That’s how it’s always been ㅋㅋㅋㅋ