B.HEART‘s “Realistic” is receiving much negative criticism after it was revealed that their debut title song plagiarized BEAST‘s “Ribbon“, but the composer of the song and their manager seem to show no remorse.

Earlier this week, B.HEART’s debut title song “Realistic” has been under fire for sounding very similar to BEAST’s “Ribbon”, as well as having the same stage concept and choreography to a few other BEAST songs, such as “Butterfly” and “12:30“.

The composer of the song, StayAlone, uploaded a post on his Instagram denying the accusations of plagiarism, to which BEAST’S Yong Junhyung decided to reveal the truth behind the situation. Yong Junhyung resorted to his own Instagram account and explained that he and Kim Taejoo initially told StayAlone not to release the song due its similarity to BEAST’s “Ribbon”, but later found out that B.HEART debuted with it as their title song anyway.

Unfortunately, the controversy did not end there, and B.HEART’s manager, Oh Seung Kyun, has added fuel to the fire by uploading screenshots of “Realistic” ranking in the top 5 in the “Currently Trending” section of Naver TV, and adding comments that aimed to ridicule BEAST fans on his Facebook. He also made his posts public for everyone to see.

Take a look at the Facebook posts down below:

He also uploaded photos making fun of BEAST, in particular Yoon Doojoon, by adding a distorted screenshot of his face alongside B.HEART’s video ranking in Naver TV. However, this post has since been deleted. 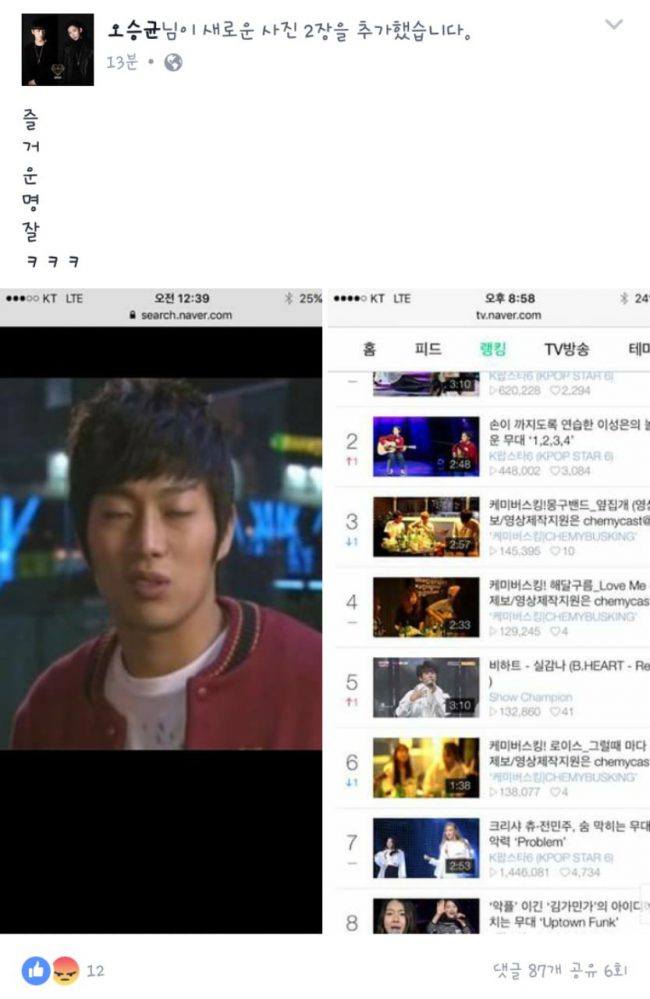 BEAST fans were visibly upset, and they continued to upload pictures of eggplants in his comments section (reference from Yong Junhyung’s Instagram photo accompanying his explanation of the incident), and criticized his immature response to the accusations rather than admitting to plagiarizing.

On the other hand, some BEAST fans have suspected the manager is purposely uploading these Facebook posts to rile BEAST fans up to get them to leave malicious comments on all B.HEART related posts. By doing so, BEAST fans suspect B.HEART’s agency will collect these hateful comments made by BEAST fans, so that they can take legal action against them later.

BLACKPINK’s Jennie Makes The News For The Price Of Her Car, See What The Icon Drives And How Much It’s Worth