Anchorwoman Yoon Seo Young has faced heavy backlash from netizens as she uploaded a photo of herself riding a shopping cart in a public space.

On March 6, Yoon Seo Young updated her Instagram with a photo of her riding a shopping cart on an escalator and smiling towards the camera. Along with the photo, she included the text, “Go away cold weather, I came to a superstore to go shopping for my mom.” 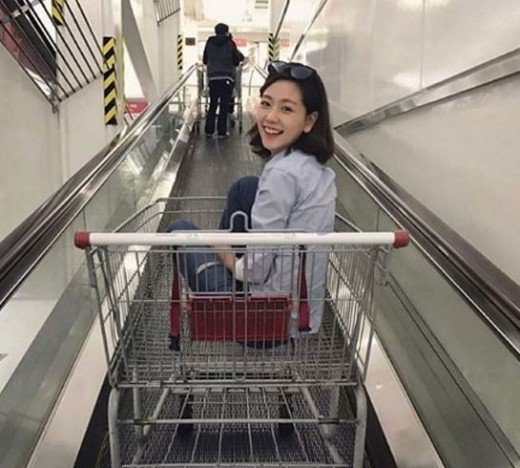 Netizens quickly commented that the locks on the cart don’t always work and that marts and other superstores have banned the act of riding in them for safety reasons. Furthermore, they expressed their disappointment in her thoughtless post, questioning how she could have thought of doing something so immature and dangerous.

Here are some of the top netizen comments on Nate translated: