TWICE‘s 1st World Tour TWICELAND: The Opening came to an end in June’s encore concerts, but the experience will forever live on in the heart of ONCEs who attended the shows.

Through the beautiful stage set up and girls’ breathtaking performances, TWICELAND was definitely every ONCE’s dream and definitely the happiest place on earth.

Here are just a few reasons why TWICELAND was literally the best place to be:

1. Things Got Intimate Even Before The Concert Began

Before the concerts started, Jeongyeon, Jihyo, and Dahyun participated at the merchandise booth and directly sold goods to fans! Some lucky ONCEs were able to interact directly with the members and receive signed goods!

2. The Girl-Crush Vibes Were Off The Charts

At the first TWICELAND: The Opening concerts, TWICE performed covers of popular male idol group songs, including EXO‘s “Overdose” and SEVENTEEN‘s “Pretty U.”

3. The Best Fanservice Ever

During the encore for the concerts, some of the members took selfies and videos using some lucky ONCEs’ phones!

4. The VCRs Were Perfect

At the beginning of the concert and in between performances, TWICE revealed some videos recorded just for the concert, and they were absolutely gorgeous! They’re definitely must-watch clips!

5. The Birth Of Chaeriana Grande

During TWICE’s TWICELAND: The Opening – Encore concerts, Chaeyoung put on extensions and had her hair up in  a high ponytail just like Ariana Grande. She even participated in the unit covering Ariana Grande’s hit song “Greedy.”

6. They Literally Transformed Into Sailor Scouts

The nine members all resemble some Sailor Moon characters, and their performance of the iconic opening theme song definitely helped strengthen the comparison!

7. The Stages Were Literally Magical

During the encore concerts, TWICE performed their two slowest songs, “Melting” and “Someone Like Me” under a magical arrangement of lights that looked like beautiful stars. ONCEs who in attendance were awestruck by their beauty shining under the lights!

8. They Proved They Could Pull Off Any Concept

From cute to girl-crush to sexy, TWICE really proved that they can literally pull off any concept with their various stages.

twice performing partition at twiceland
– MENINISTS DIED TO BRING YOU THIS PERFORMANCE
– they honestly owned this choreo
– so much talent pic.twitter.com/qqSMAJ3z8z

9. ONCEs Got To See Some Songs Performed For The Very First Time

Less than a month after their comeback with “Signal,” TWICE took the stage at the encore concerts and performed several new songs for the very first time, including “Eyes Eyes Eyes” and “Someone Like Me.”

10. The Aegyo Was Off The Charts

All the members took turn showing fans their aegyo, and everyone definitely had their heart skip a beat at least several times from the overwhelming cuteness!

11. The Merchandise Game Was Legendary

TWICE really went all out with the beautiful merchandise at TWICELAND: The Opening. With tons of unique goods including the very first official K-Pop fidget spinner, TWICE’s concert merchandise totaled up to over ₩1.5 million KRW (over $1,300 USD)! 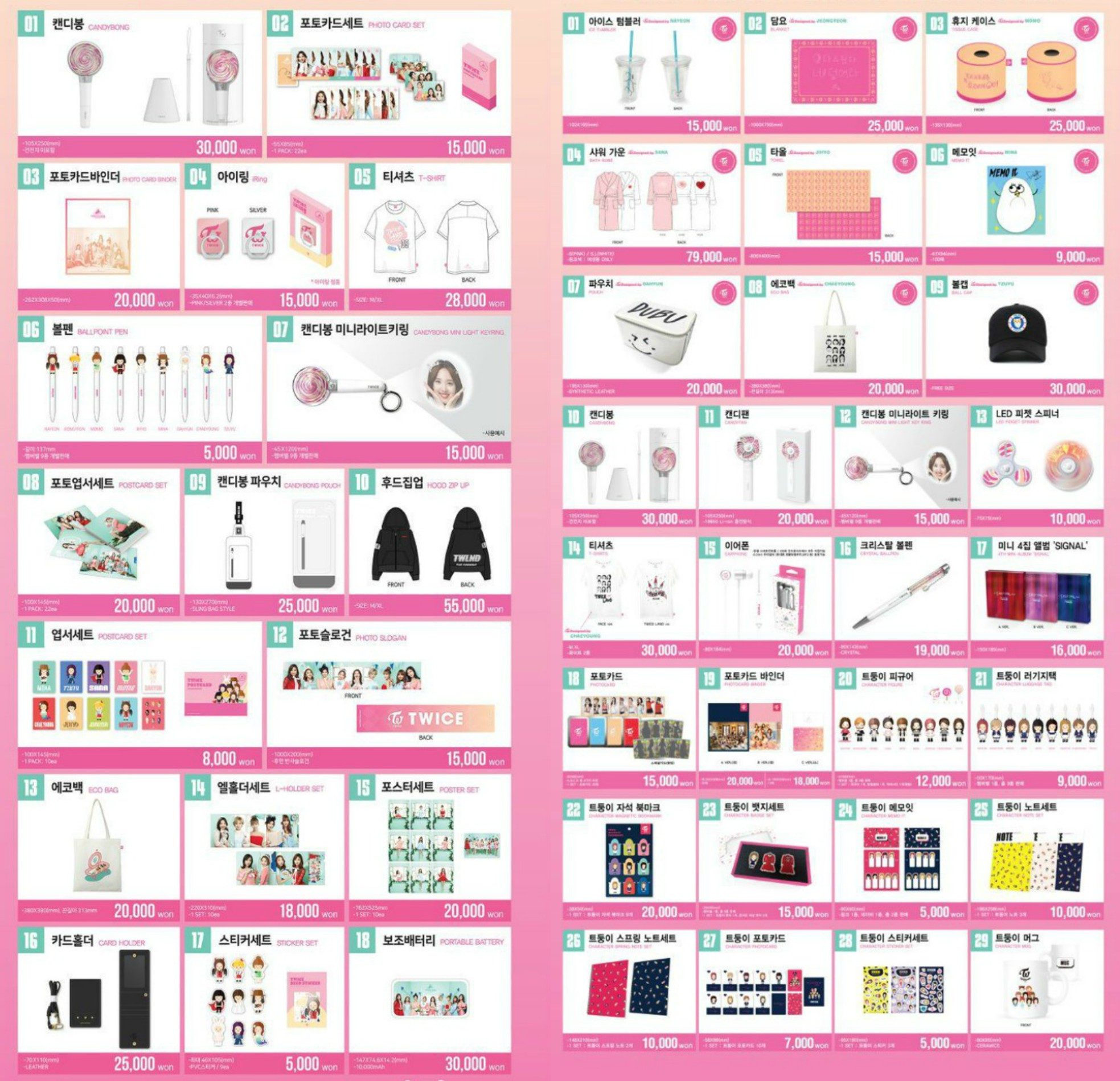 Mina and Momo (also known as Mimo) really showed their incredible chemistry on stage with their beautiful modern dance stage! Their perfect synchronization and imposing auras created a stage full of meaning without a single spoken word!

Nayeon and Jeongyeon (also known as 2yeon) proved that their bond is close as ever as they teased each other during the encore stage.

While TWICE has performed in front of a sea of Candy Bongs before (such as at music shows and fan meetings, TWICELAND was they were met with thousands of adoring ONCEs waving their synched Candy Bongs.

The members got really emotional thanking their family, friends, and fans for showing them so much support so far in their careers. Even Tzuyu, who’s known for being very in control of her emotion, broke into tears when giving her thanks.

15. It Proved They Achieved Their Dreams

With thousands of fans in attendance, TWICE really achieved their dreams of becoming stars. They’ve gone through a lot since their trainee days and SIXTEEN, and fans couldn’t be more proud.

To cap the tour off, fans sent TWICE a beautiful video message with beautiful words from ONCEs. Although it was the end of the concert series, ONCEs know that TWICE’s journey as Asia’s top girl group has just begun.