Super Junior-M’s Zhoumi slowly embarks on his debut activities in South Korea as he participates in his first MC stint for SBS MTV The Show. On October 28th, Zhoumi updated his personal Weibo account with a photo from The Show along with fellow hosts Girls’ Day’s Hyeri and T-ara’s Jiyeon, as he expressed his excitement as he makes his debut as a MC.

Zhoumi is set to make his debut as a soloist under SM Entertainment with the release this first mini-album, Rewind on October 31st. According to the agency, he will be promoting his solo album simultaneously in South Korea and China.

Meanwhile, fans can now catch Zhoumi, Hyeri and Jiyeon every Tuesday on SBS MTV The Show as they introduce the trending artistst promoting in South Korea. 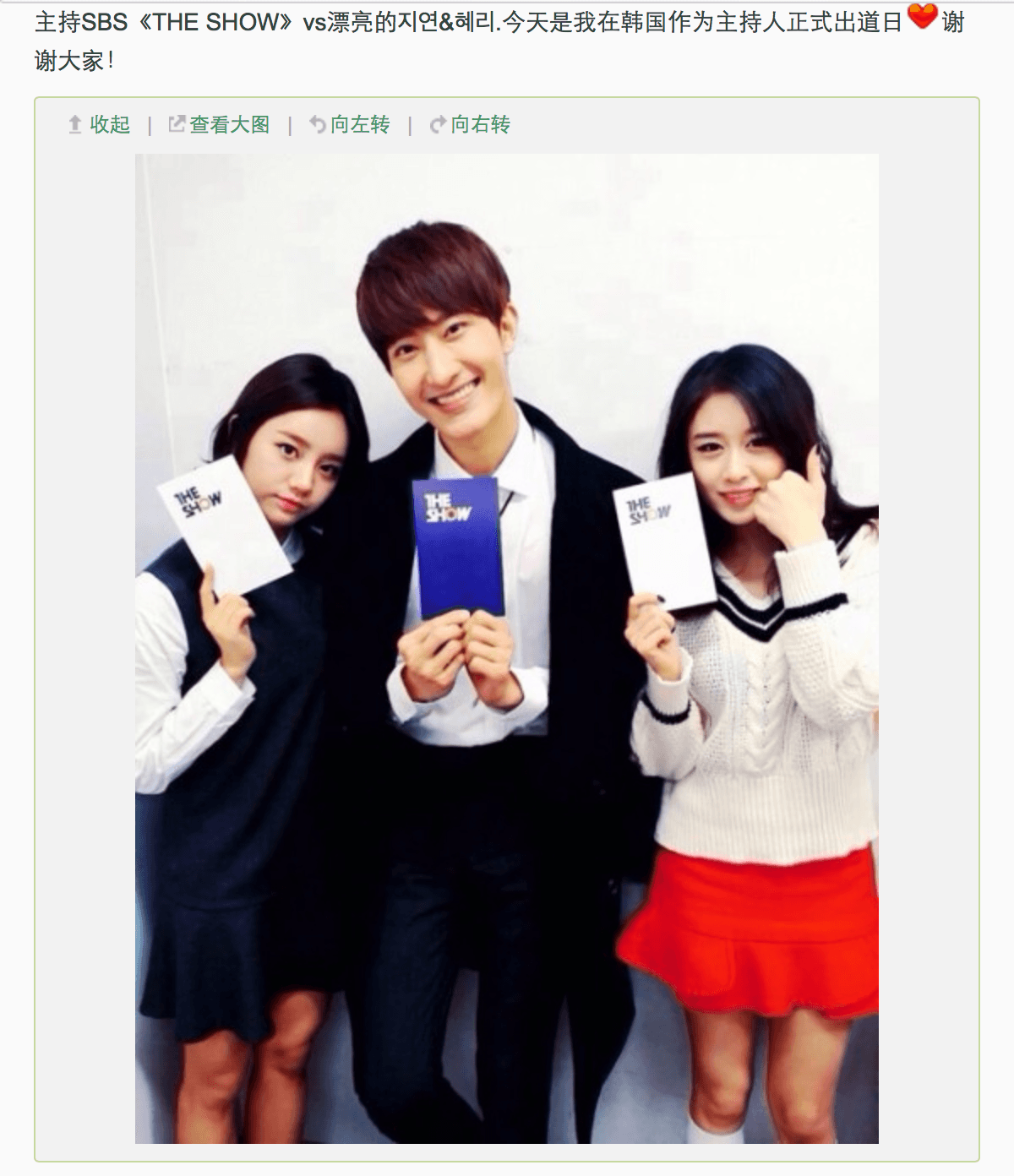