Following the success of their debut track “Like OOH-AHH,” rookie girl group TWICE‘s first comeback “Cheer Up” has become an unprecedented success.

And in addition to continuing to top digital charts since its release on April 25th and reaching well over 20 million views on YouTube already, the JYP Entertainment group also took home the number one trophy for “Cheer Up” on SBS music show Inkigayo. With strong physical and digital sales, as well as an incredibly motivated fandom, the girls blew their competition out of the water, taking their 3rd trophy for the song. 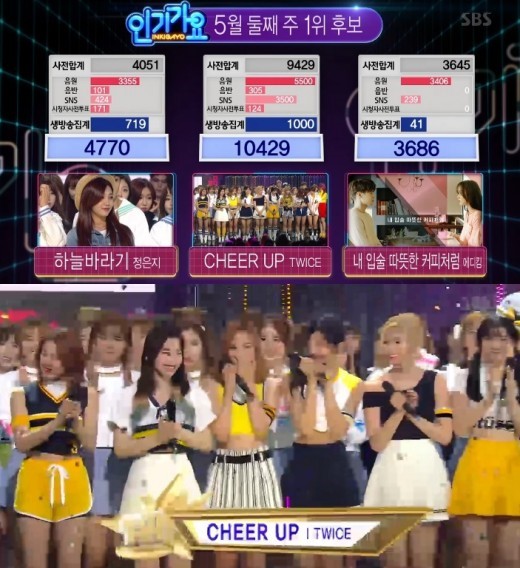