Titled “G-friend Mentions Girls’ Generation,” here is the direct translation of the post and comments below. 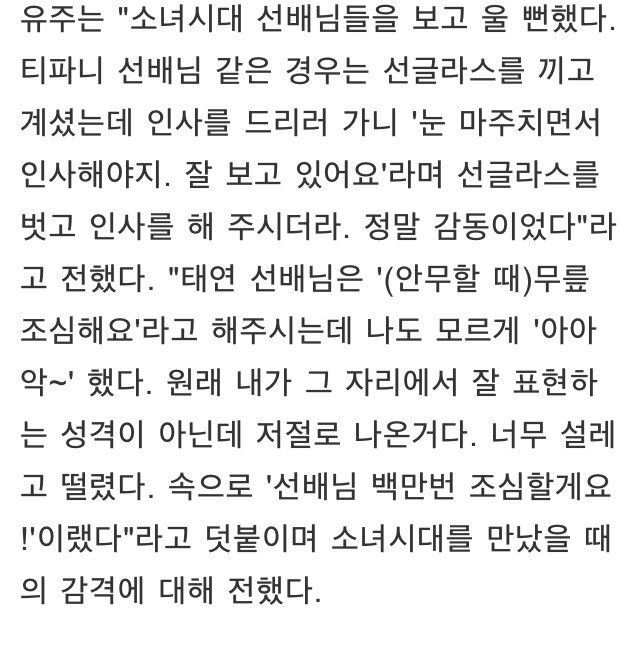 Translation: “G-Friend Yuju said she almost cried when she saw Girls’ Generation. For example, Tiffany was wearing sunglasses at the time when G-Friend was going to go say hi to them. But Tiffany took her glasses off and told them, ‘We have to say hi by looking each other in the eyes. I’ve been watching you guys.’ Yuju said the interaction was very touching.

She also added that Taeyeon told them to be cautious with their knees during choreographies. Although she isn’t really much of a person giving reactions, Yuju gave a quick automatic response to her saying, ‘Ah ah ahh.’ She stated that she was very nervous and her heart was pounding. She also mentioned that she was thinking to herself ‘I will be careful a lot!'”

[+41, -1] This is so awesome hahaha Some people think Girls’ Generation fans don’t like G-Friend but that is not true. I’m a Sone but I listen to G-Friend’s music and watch their videos.