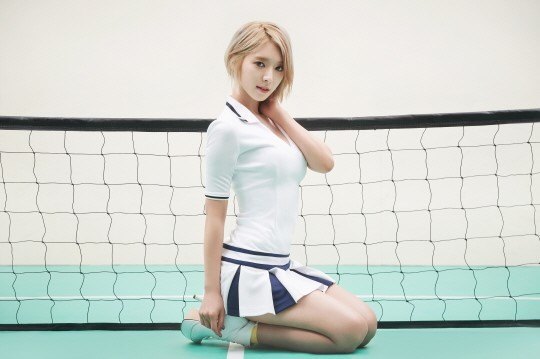 “Is AOA Choa being the blonde God’s touch?” 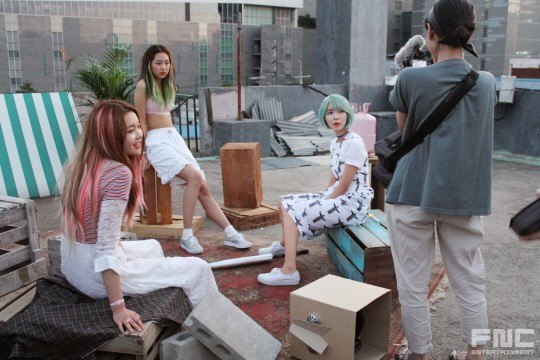 “I first thought so too.” 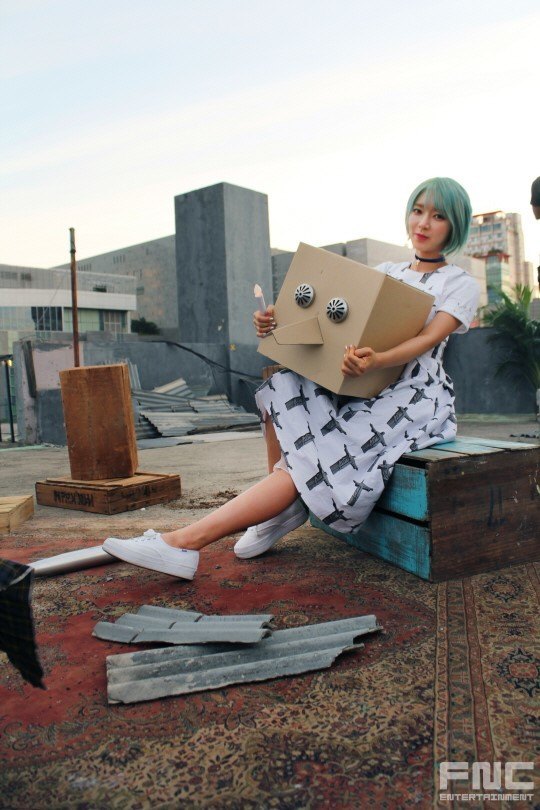 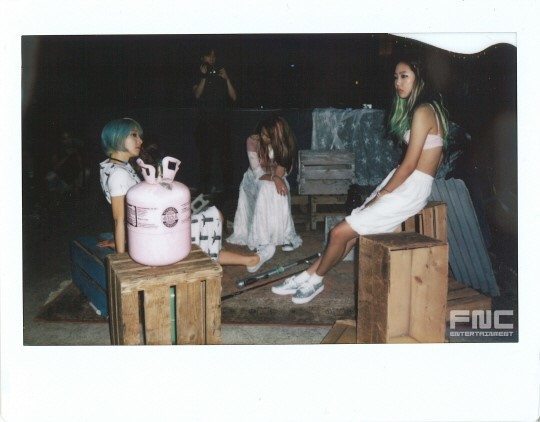 “Choa has returned with mint hair color!  Choa collaborated with rapper IRON in PRIMARY’s new track ‘Don’t Be Shy.’ To match the style of the song, Choa went through a transformation! We met her in the music video shoot for ‘Don’t Be Shy.'” 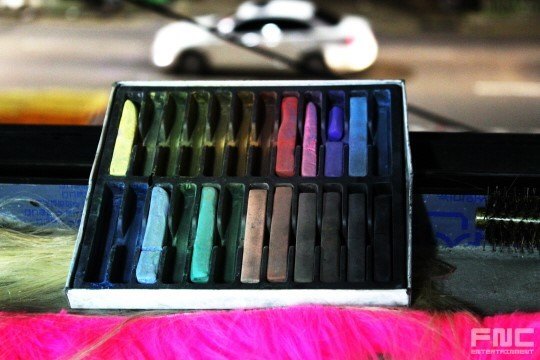 “The secret to her tranformation! It’s hair chalk.” 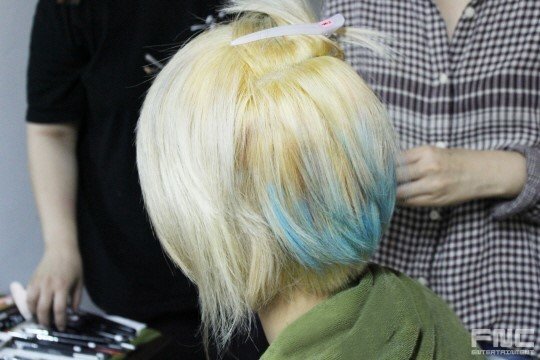 “By splitting sectors in her hair” 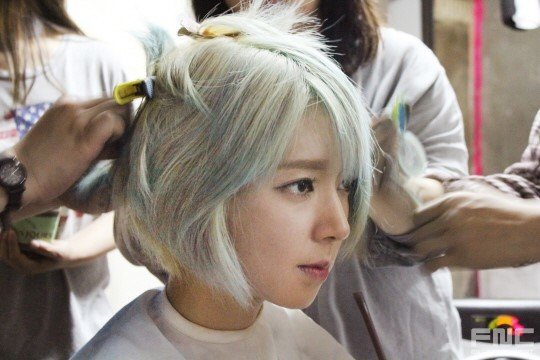 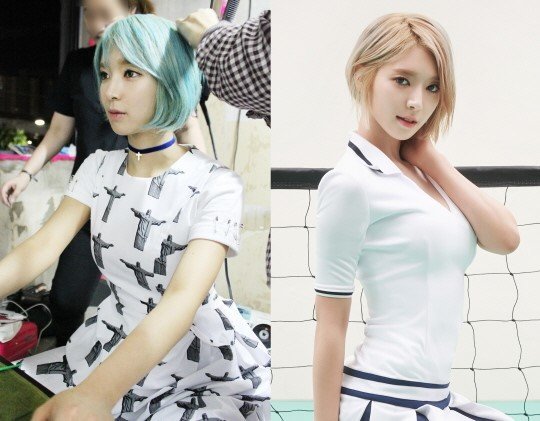 “Girly girl mint Choa vs heart attack blonde Choa, what is your choice?” 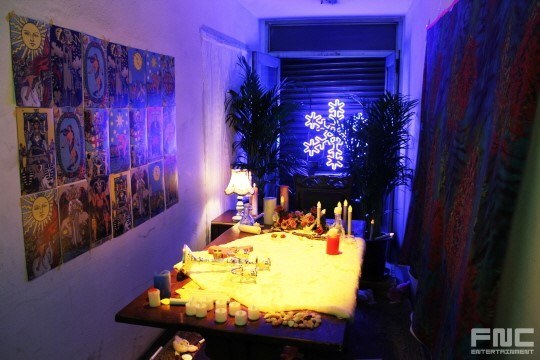 “Shooting begins! We met them in a shooting location with a mystical feel to it.” 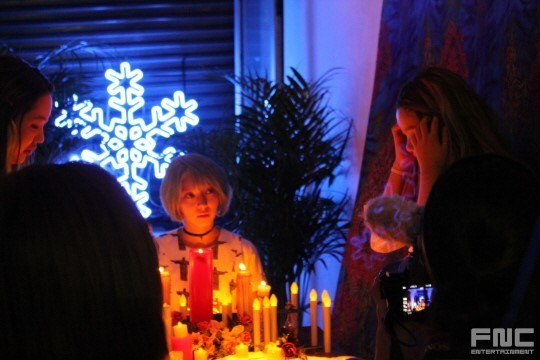 “She became a scary unnie,” 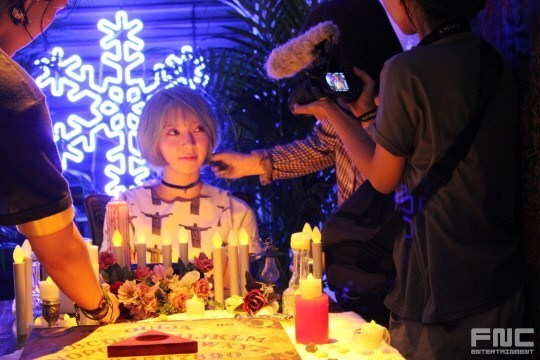 “The concept of the music video is teens’ average night displayed as a cult movie. Dolls, candles and other interesting props and editing were used to give a interesting feel to the video.” 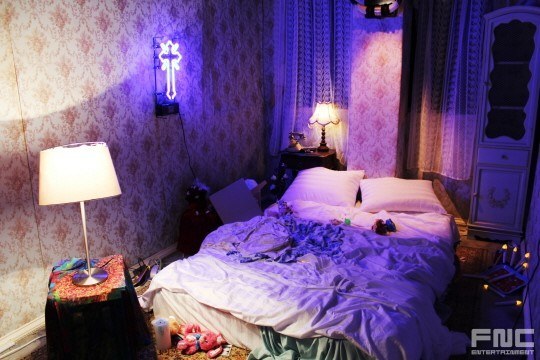 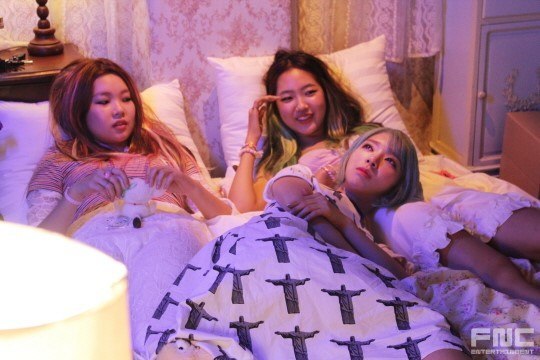 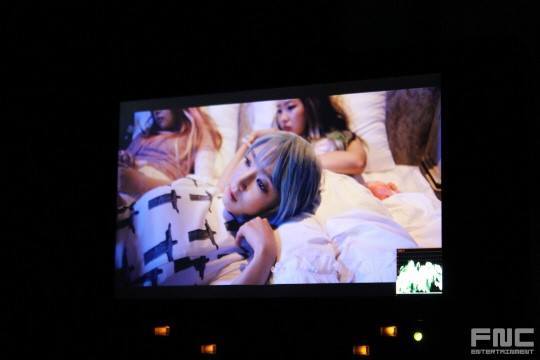 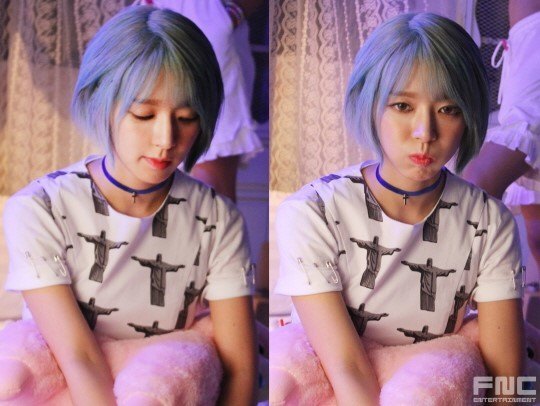 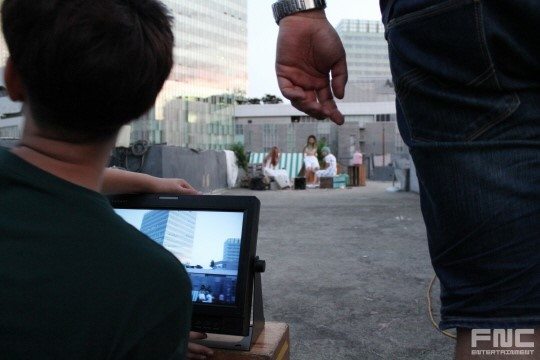 “Serious when she is serious~” 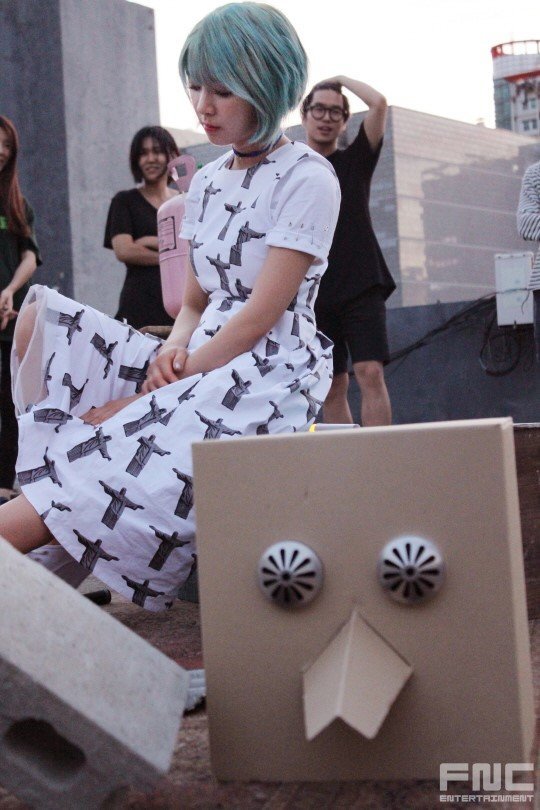 “But she is full of energy despite an overnight shoot.” 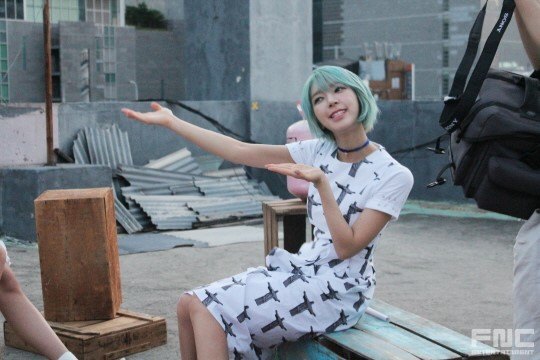 “With the last scene being a chilly morning, the music video shoot ended.” 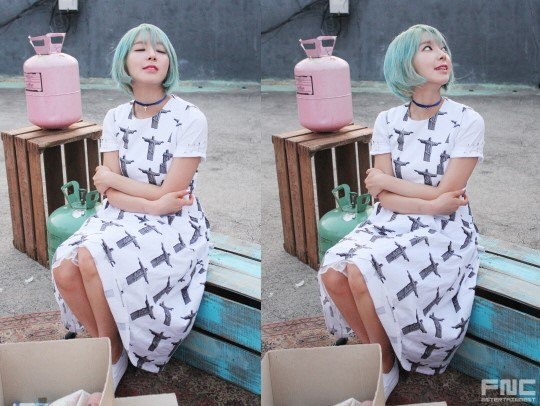 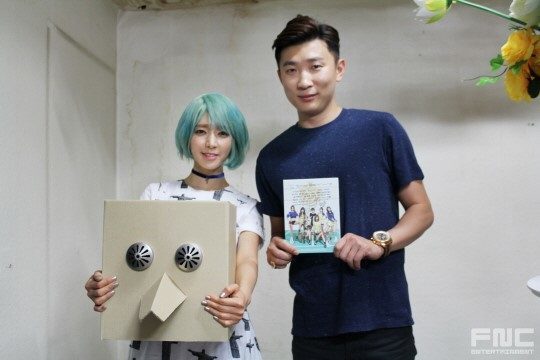 “A picture with Primary who came to the shoot!” 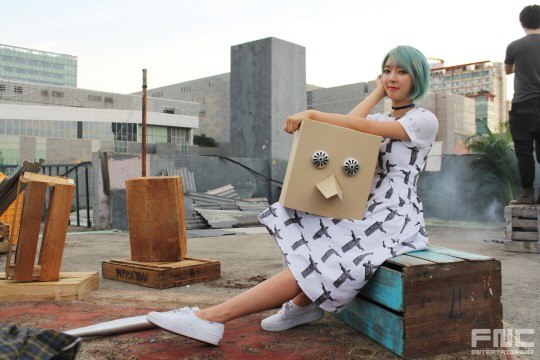