In the midst of Hyorin, Zico, and Paloalto releasing the collaboration track “Dark Panda” together, a past confession made by SISTAR member Hyorin has resurfaced and is gaining a lot of attention from fans. 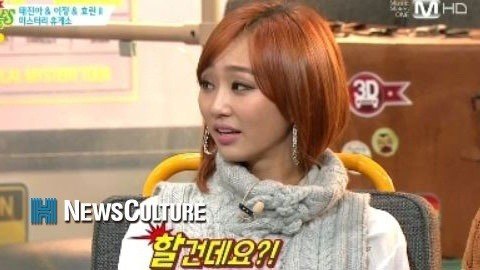 Hyorin app,ared on Mnet’s Beatles Code 3D and talked about her past surgery with MC Shin Dong Yup. When the MC told Hyorin. “You are good at rapping, singing and your face has a unique appeal to it. Please never do plastic surgery.”

She replied to Shin Dong Yup’s statement by saying, “I’m still going to. But I have a lot of fears. I hate needles and anything that comes near my face.”

When Shin Dong Yup replied to her saying it doesn’t hurt because he knows from experience, she replied, “I wanted to get the thread method to my eyes but when I came out of the surgery room, my eyes were cut instead.”

Her honest confession surprised fans that did not expect her to have received any plastic surgery.