Many fans were disappointed in the ending of popular tvN drama Reply 1988, and as it turns out, they weren’t the only ones who were left unsatisfied.

On a recent broadcast, cast member Ryu Jun Yeol admitted that he pitied his character Junghwan’s unrequited love for Deok Sun, played by Girl’s Day’s Hyeri. Although it didn’t work out for the two of them during Reply 1988, the actor expressed his desire to act with the Dream Tea Entertainment singer again in the future. Although netizens have been suspicious about the relationship between Hyeri and Reply 1988 cast mate Park Bo Gum, many fans are sure to welcome another collaboration between the Girl’s Day member and Ryu Jun Yeol.

“Hyeri is special because she was the first actress I partnered with. I wish to partner up with her again. I was saddened that my love for her ended as one sided in the drama.” 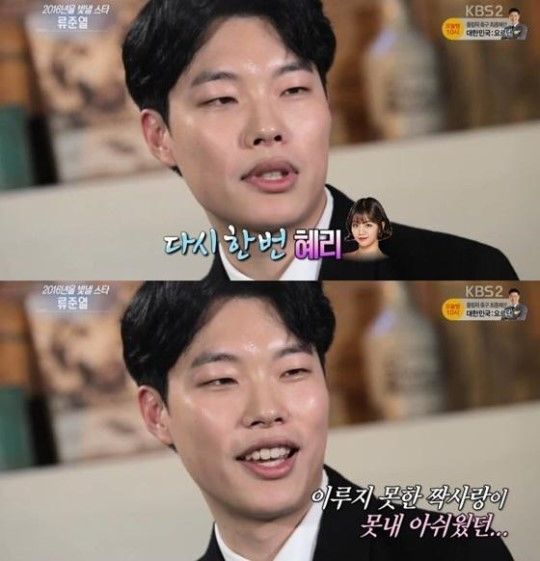