A giant rubber duck appeared in Seoul on October 14th in order to celebrate the opening of the new Lotte World Mall. Its arrival has sparked the interest of many idols who have posted cute and funny posts about the duck.

The enormous rubber duck is a project initiated by Dutch artist, Florentijn Hofman, who describes the duck as “a very positive artistic statement that immediately connects people to their childhood.”  It has traveled to many cities across the world and this month it was invited to Seoul by The Lotte Group. The duck will be on display from October 14th – November 14th in front of the construction site of the new mall.

Since the rubber duck arrived in Seoul, many artists and idols have taken to their social media accounts to express their love of the duck. Check out some of the artists below who were amused by the duck.

Block B‘s Hyo dedicated five posts to the duck, two of them being pictures.

“Our chubby duck lifted my mood.”

Juniel also snapped a cute selca with the duck, “It’s a little difficult taking a picture together with the rubber duck.”

Kim Tae Woo‘s family had an outing on SBS Oh My Baby where they met the duck. 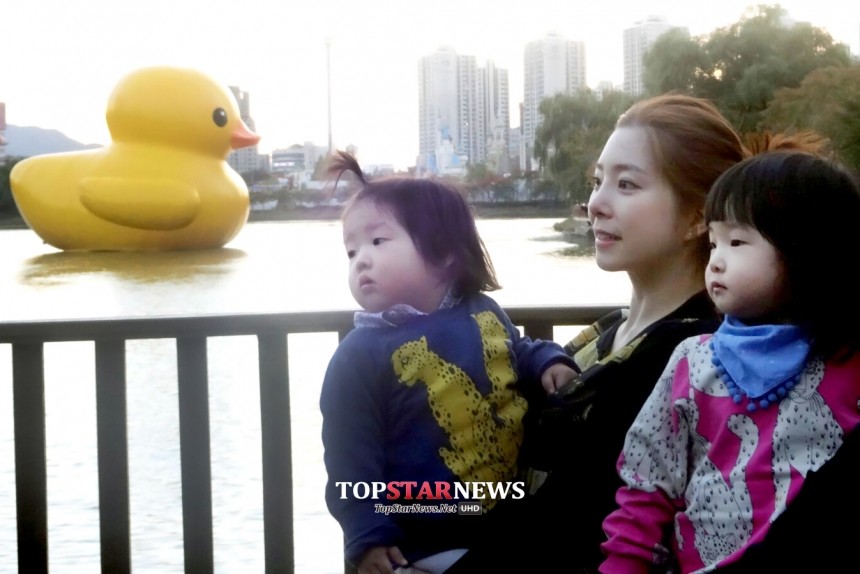 Kevin Woo from UKISS posted a candid photo on his Instagram of the duck:

BTS discovered the duck was in their car:

“Rubber duck was in our car…?!Since when were you there?”

Leeteuk from Super Junior also updated his Instagram with the duck: “..Losing in the day, winning in the night.”