NCT member Taeyong’s past regarding his scam history and racist joke towards Japan have gone viral amongst Korean netizens. But did his past go viral amongst Japanese fans as well?

Titled “NCT Taeyong’s Racist Joke Towards Japan,” here is the direct translation of the post and comments below. 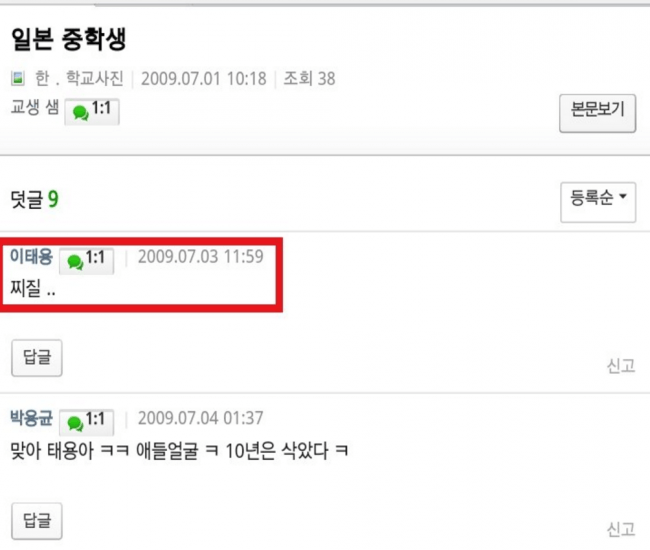 Lee Taeyong: I bet at least 50 out of those 100 students are anime character loving nerds right?..

I heard NCT U is a scammer.. I heard he also called Japanese people are all ugly b*tches.. I know personalities cannot be fixed and he will always be thinking that inside..

I saw NCT U and I don’t like Taeyong because of his image as a scammer and his harsh comments towards Japanese people. I guess I don’t have to see him if I don’t like him. I would be crazy to support Taeyong.

I can’t expect much from NCT because Taeyong scammed people and called Japanese girl ugly… He has a harsh past.

NCT’s Taeyong is a scammer. How can someone like that be a face of a group. He called a Japanese person ugly. Personalities cannot be fixed easily… Well.. Good luck rookies.”

[ +76 / -25] What I don’t understand is that you’re getting these comments from a website knowing to hate Koreans.. You really want to do that? tsk tk tsk

[ +24 / 0] It doesn’t matter if that website is hateful towards Koreans hahaha No matter where it came from, they already know what type of person NCT Taeyong is… When they do international activities, these things will be mentioned again