The female comedian Lee Guk Joo was under fire for allegedly sexually harassing male Korean celebrities and insulting female Korean celebrities. Since then, many netizens called her rude and someone that doesn’t know her limits. However, she is being criticized again for her past rude behavior during a stage performance of SISTAR Soyou.

Originally posted on Pann, comedian Lee Guk Joo is under fire again for her rude behavior during SISTAR Soyou’s performance.

Titled “Lee Guk Joo Pushes Soyou,” here is the direct translation of the post and comments below.

“I’ve been looking for other footages since I wanted to listen to ‘Some’ by Soyou.

But when Junggigo and Soyou are singing, you can see Lee Guk Joo just doesn’t care but takes a selfie with other male idols with her selfie stick. 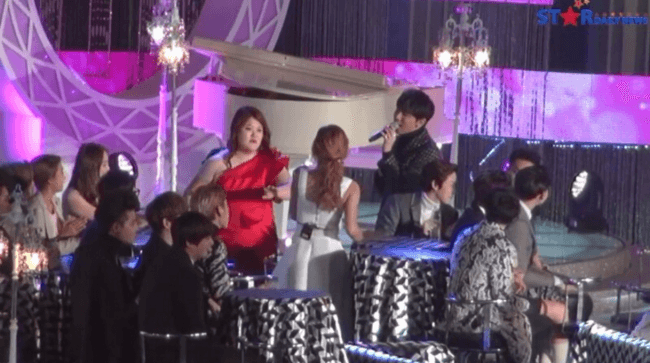 And when Soyou makes her way to Block B, Lee Guk Joo pushes her and you can see all of that in the video. 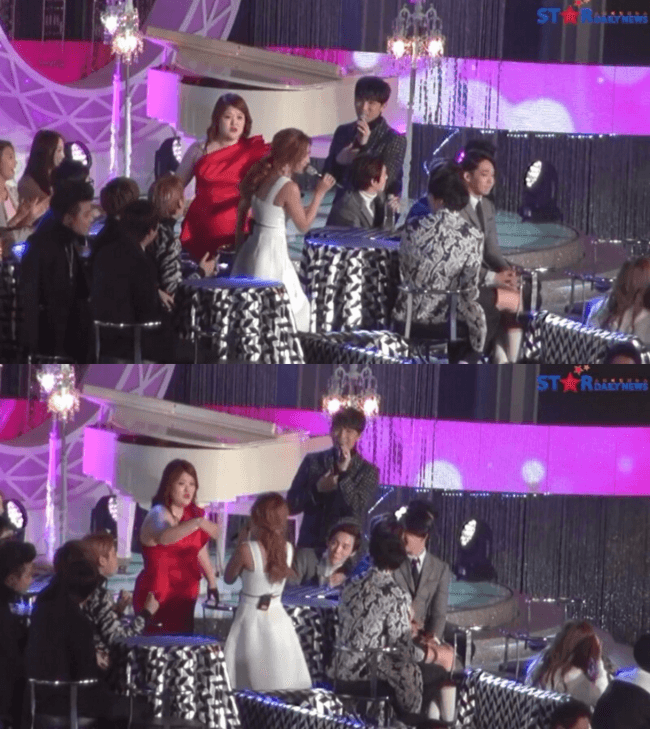 She was telling Soyou to go away but I bet Soyou was really shocked..;

No matter when this happened, this is out of hand and something to be criticized for.”