American actress Kristen Stewart has become the object of scrutiny in the Korean public eye after she was spotted wearing a T-shirt with a design resembling the Japanese imperialist flag.

The outfit in question showed Kristen Stewart sporting a T-shirt with the Japanese imperial symbol underneath a larger shirt as the actress was seen at LAX departing for Incheon. The outfit has become a hot topic due to the sensitive history between the two countries.

Japan occupied Korea for several decades in the early 20th century. Under Japanese rule, many Korean suffered incredible hardship and pain. The sentiment towards Japanese imperialism is still strongly negative in Korea to this day. Stewart’s wearing of this shirt is akin to sporting a Nazi symbol in Israel, or wearing a confederate American flag in Compton.

Although many other Hollywood stars have made the same mistake with their attire upon arriving in Korea, Korean netizens are extremely unhappy with Kristen Stewart, as this is her not her first visit to Korea, so she can not feign ignorance about the situation. 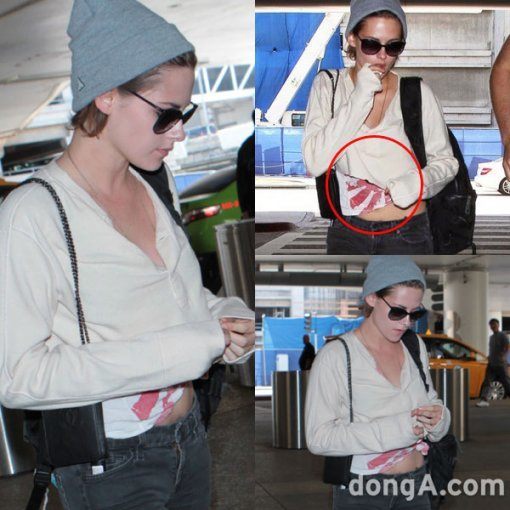