After the terrorist association “ISIS” issued a threat video against “The Global Coalition Against ISIS” Koreans have begun growing worried about the imminent threat of a terrorist attack.

Due to the fact that the flag of Korea was seen on the video threat made against several countries by ISIS, linked with the fact that Korea had previously received an anonymous tip against a terrorist attack in October. Although the attack never happened, Koreans are still growing worried that such an attack may actually happen in the near future. 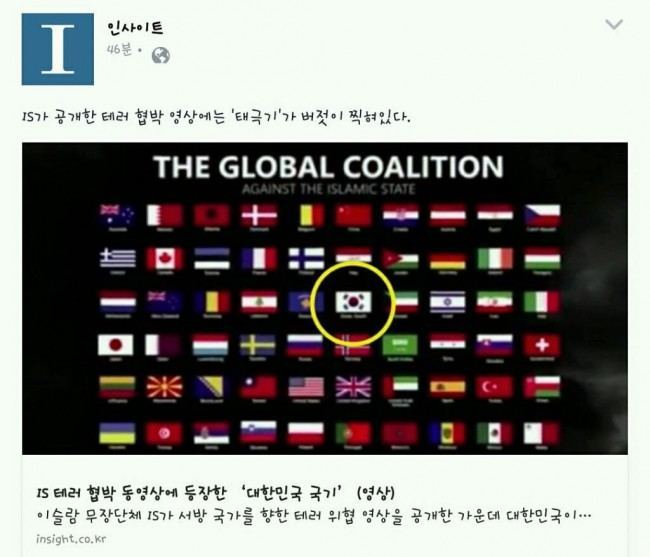 Here’s How TXT Really Treats ENHYPEN Behind The Scenes, According To Sunoo

HyunA Gains Attention For The Unique Place She Stored Her Speech, And Here’s Why Netizens Are Comparing It To Ariana Grande