Solo artist IU and Yoo Hee Yeol recently attended the event for Sony Korea’s MDR launch, where the two posed for the media as they promoted the headphones.

The MDR-Z7 is Sony‘s latest release, and is characterized  as utilizing “high-resolution audio” technology, and in addition to superior sound quality, also boasts a 70㎜ diameter diaphragm, as opposed to the standard 40㎜. The diaphragm is said to be composed of aluminum-coated liquid crystal polymers, and the body is made of metal. The MDR-Z7 is priced at 699,000 Won, which is approximately $655. 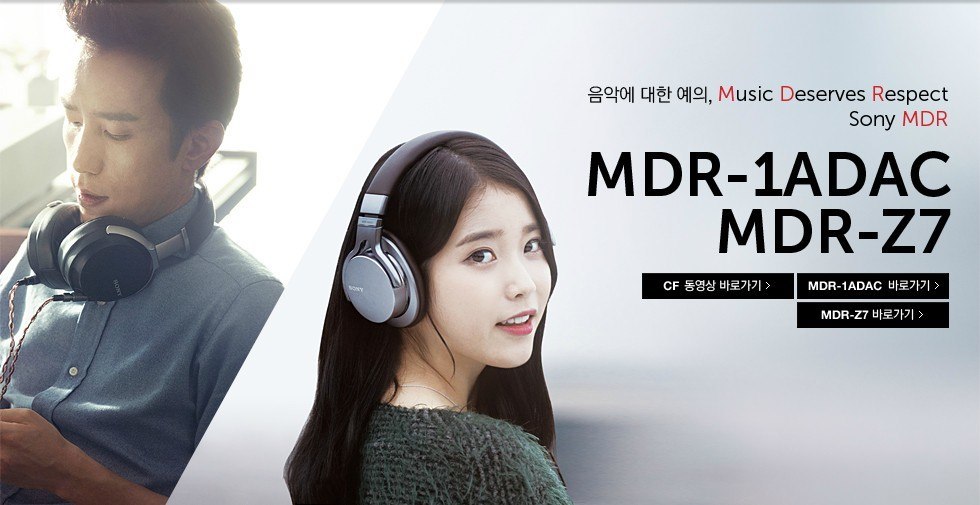 The use of idols to promote products isn’t remotely new, but netizens have been reacting very positively to IU’s endorsement for Sony’s MDR-Z7. Does an endorsement from your favorite idol mean anything to you?

IU recently collaborated with legendary singer Seo Taiji, and is set to make an appearance as a special guest performer at his comeback concert ‘Christmalowin’ on October 18th at Seoul’s Jamsil Olympic Park.