On January 31st, Tablo started the greetings by updating his personal Instagram with a photo of him with Kang Hye Jung and Haru. The loving family photo further came with the message saying, “Theatre actress Kang who has ended her play Educating Rita! Good Job! Blow Haru!”

Gong Hyo Jin, on the other hand, thanked fans through her personal Weibo account and lovingly acknowledged their support over the past two months. A photo of her posing backstage was included in the update. Gong Hyo Jin initially garnered talk for her participation in the production as it was her debut performance on a play after 15 years as an actress.

Gong Hyo Jin and Kang Hye Jung was selected to play the lead role in the double cast play Educating Rita which started its run in Seoul, South Korea on December 3rd. The event garnered much support from theatre-goers and fellow celebrities and remained sold out until their last show. 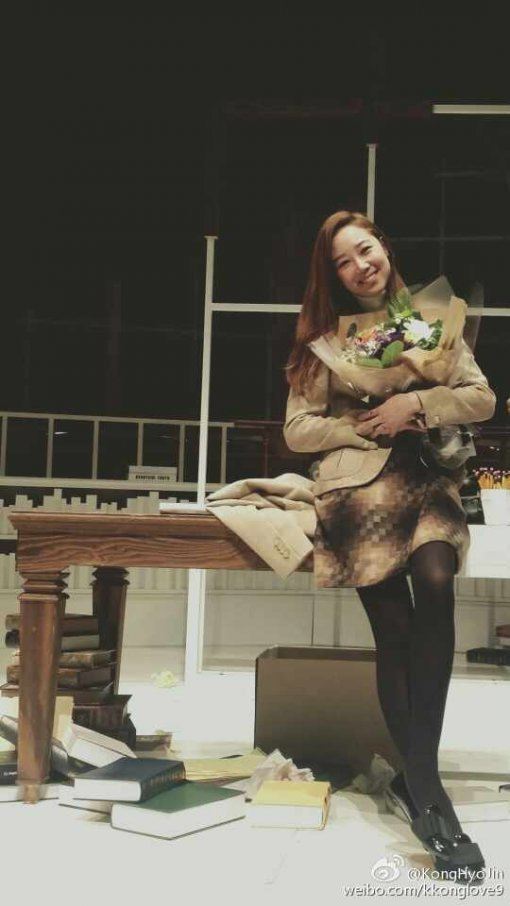