As one of the most anticipated solo debuts of 2015, G.Soul has released the jacket cover and the tracklist to his debut album Coming Home, set to be released in just a week.

On January 12th, G.Soul shared the slick black and white jacket image for his album, the text “Coming Home” and “G.Soul” typed boldly and placed on the left, as the artist himself is seen with closed eyes, hands over his mouth almost as if in disbelief.

His album will feature a total of six tracks, including the intro song “Coming Home” and the title track “You.” Along with the tracklist, parts of the lyric is shared underneath the title.

G.Soul will finally be debuting after 15 years of preparation under JYP Entertainment on January 19th. 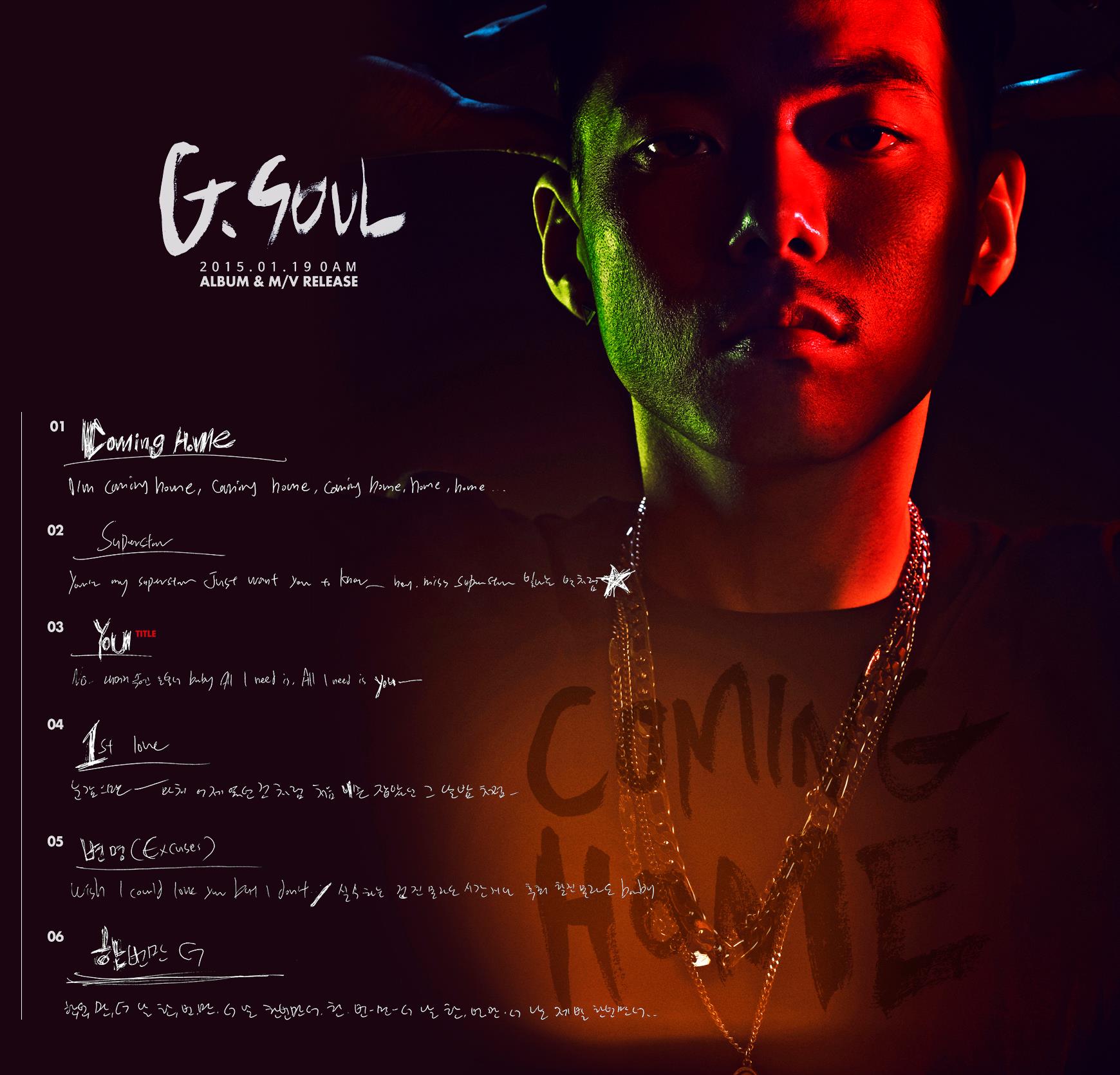