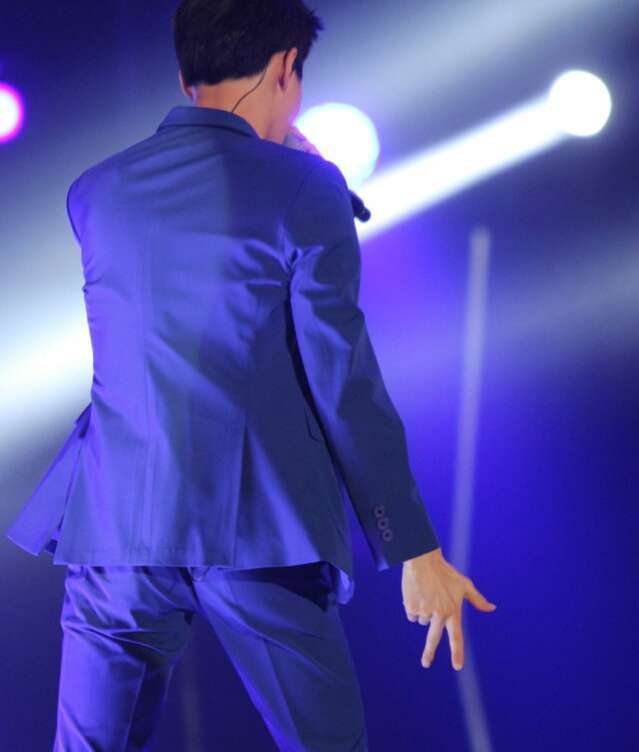 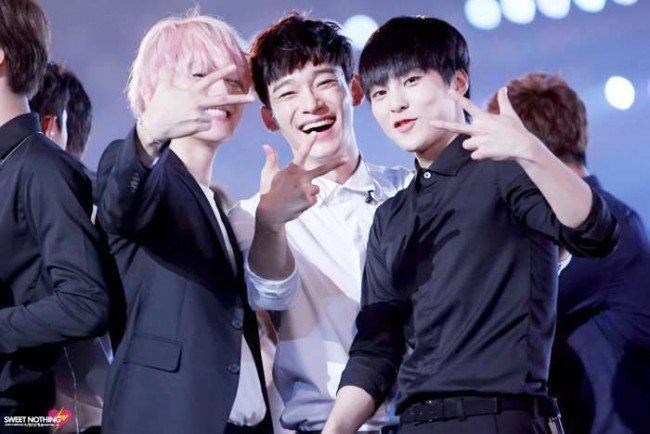 1. Baekhyun does the 3 hand gesture
2. Xiumin see him and copies him right away
3. Chen acts surprised and says something
4. Baekhyun whispers something to him
5. Chen laughs and copies them 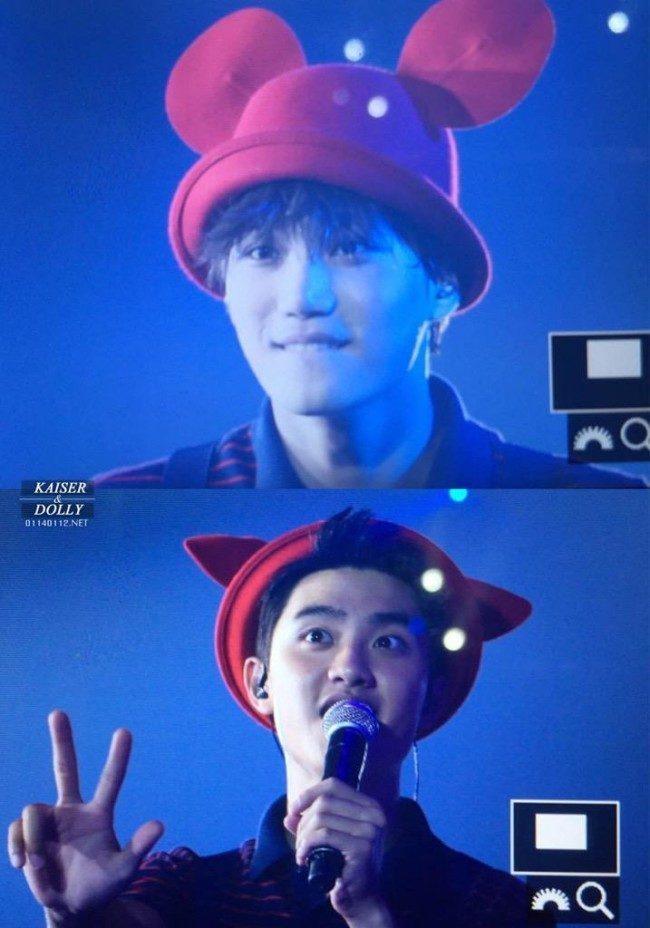