BIGBANG’s Seungri updates his Weibo and Twitter accounts and interacts with his fans for the first time since being involved in a car accident.

On November 17th, Seungri updated his personal Weibo account with a photo of himself lounging backstage, wearing a studded jacket, along with a series of emoticons. Fans who have seen the update expressed their delight on the short post as he casually interacts for the first time since his car accident and recent hospitalisation.

BIGBANG officially reunites as they hold their 5th concert tour in Japan which started in Nagoya Dome on November 15th and will continue until their last stop in Kyocera Dome, Osaka on January 18th.

Meanwhile, Seungri remained absent from the public following his car accident last September, which led to further investigation and him being hospitalised for further injuries. 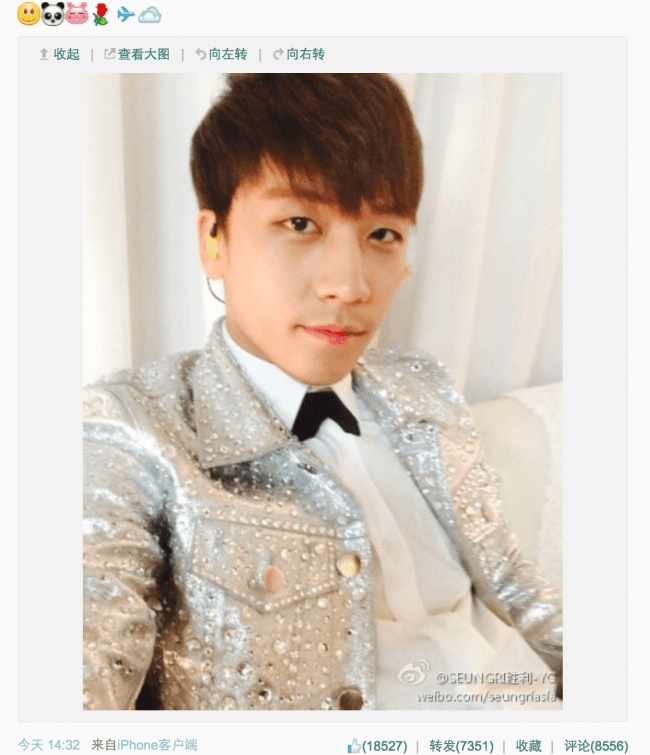