Although there have been rumors that KARA is disbanding, reports have revealed that the situation is still quite unclear.

Earlier reports indicated that the three original members’ contracts ended quietly on January 3rd, and that Goo Hara, Seungyeon, and Gyuri were all looking in to joining new agencies, with Goo Hara likely signing with Key East Entertainment to debut as an actress.

However, DSP Media refuted these rumors by telling media outlets that the original members’ contracts will not expire until the end of the month, and that nothing is decided yet. Furthermore, an executive staff member at Key East Entertainment responded to rumors that Goo Hara was joining the company, saying, “The meeting with Koo Hara was simply due to personal connections.”

While the news is a sigh of relief for fans, it is still unknown whether or not KARA will continue as a group, causing many fans to worry. 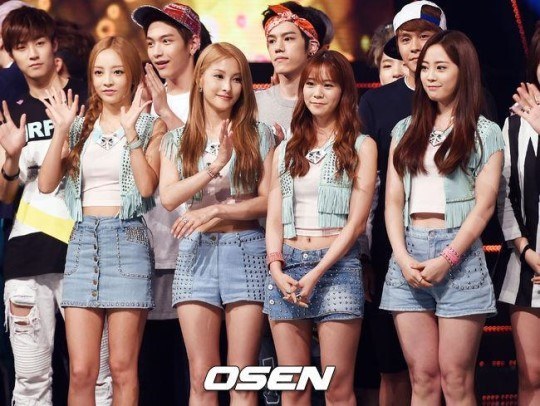 [+ 3073, – 47] Not just KARA but AJAX and Rainbow should all leave. DSP at its current stage is going nowhere. If KARA leaves it’s just going to get worse.