On one of Korea’s most popular forums called Pann, SM fans and VIXX fans were involved in a furious argument over a post that previously went viral.The previous post concerned, was titled “VIXX Hongbin is SM’s type of face”, and the post stated that if he had auditioned for SM he would have gotten accepted just based on his face. 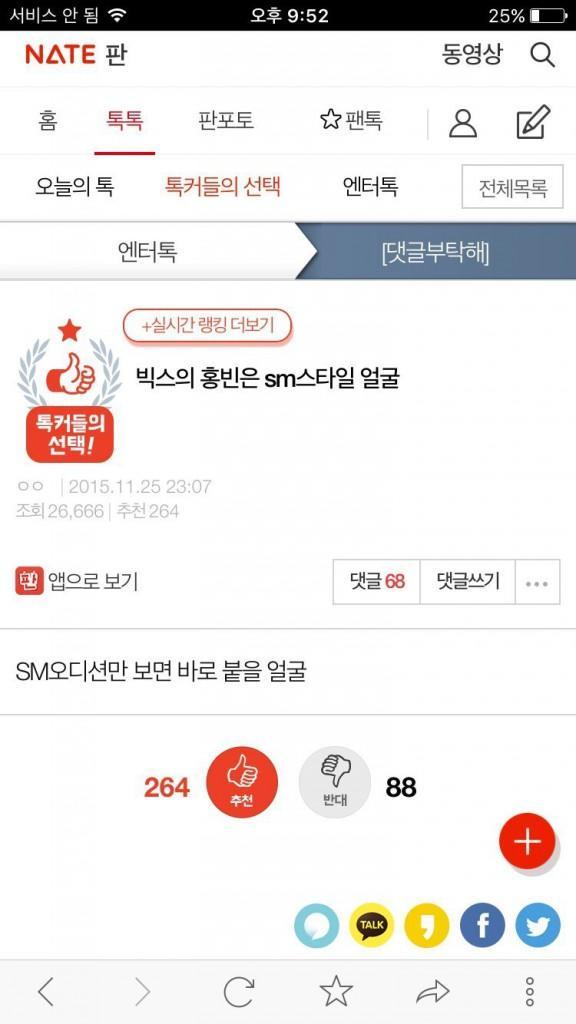 SM fans who came across this article were offended by the article. One fan took a screen shot of the article and stated, “The comments even say he previously got cast by SM. But that means nothing he would have gotten cut because of lack of skill. SM isn’t SM for nothing…don’t think lightly of MS. You need basic skills. VIXX is such a nobody what are the fans all so happy about ㅋㅋㅋㅋㅋㅋ”

VIXX fans who came across this were infuriated by the rude comment and retorted with rude comments of their own.

[+ 37, – 5] Wow this is unnecessarily offensive. Hongbin did get cast he just didn’t go